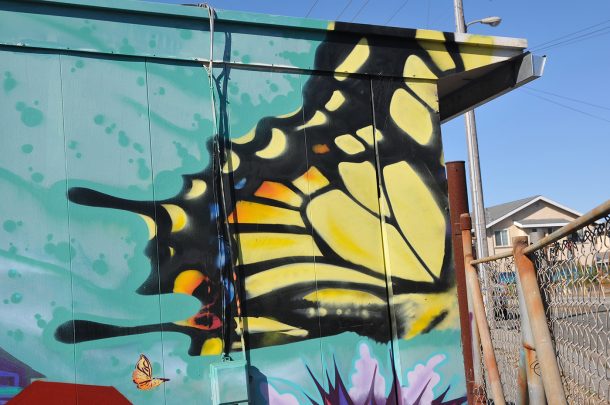 A growing body of research has positively identified murals with social, cultural, and economic benefits as well as positive mental health. Murals have the added benefit of intersectionality, meaning they promote these characteristics simultaneously, in a synergistic way. Some specific ways in which murals are beneficent include: 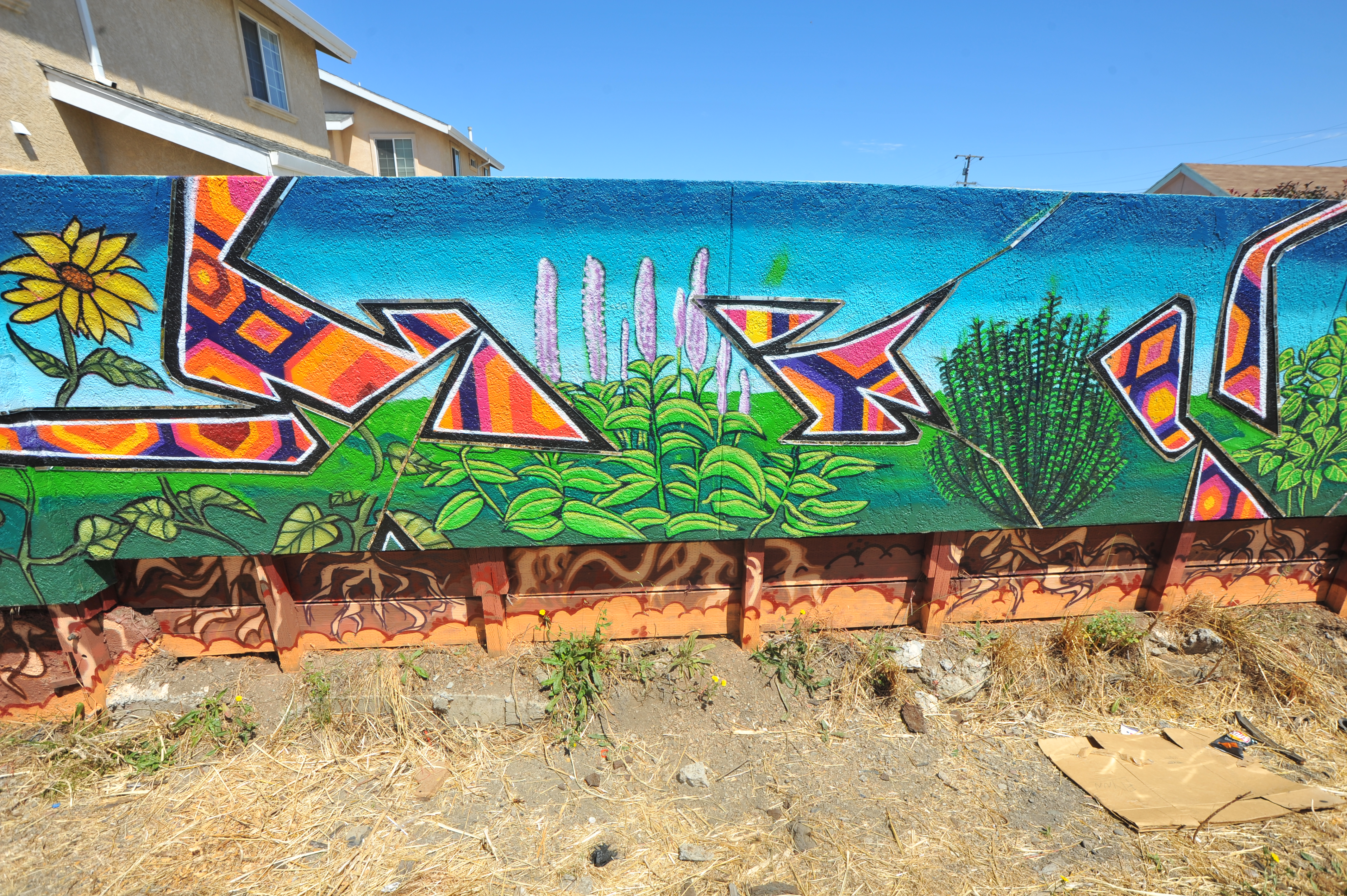 This mural, on the Richmond Greenway, was part of an urban redevelopment effort which encouraged biking, walking, and use of public space. 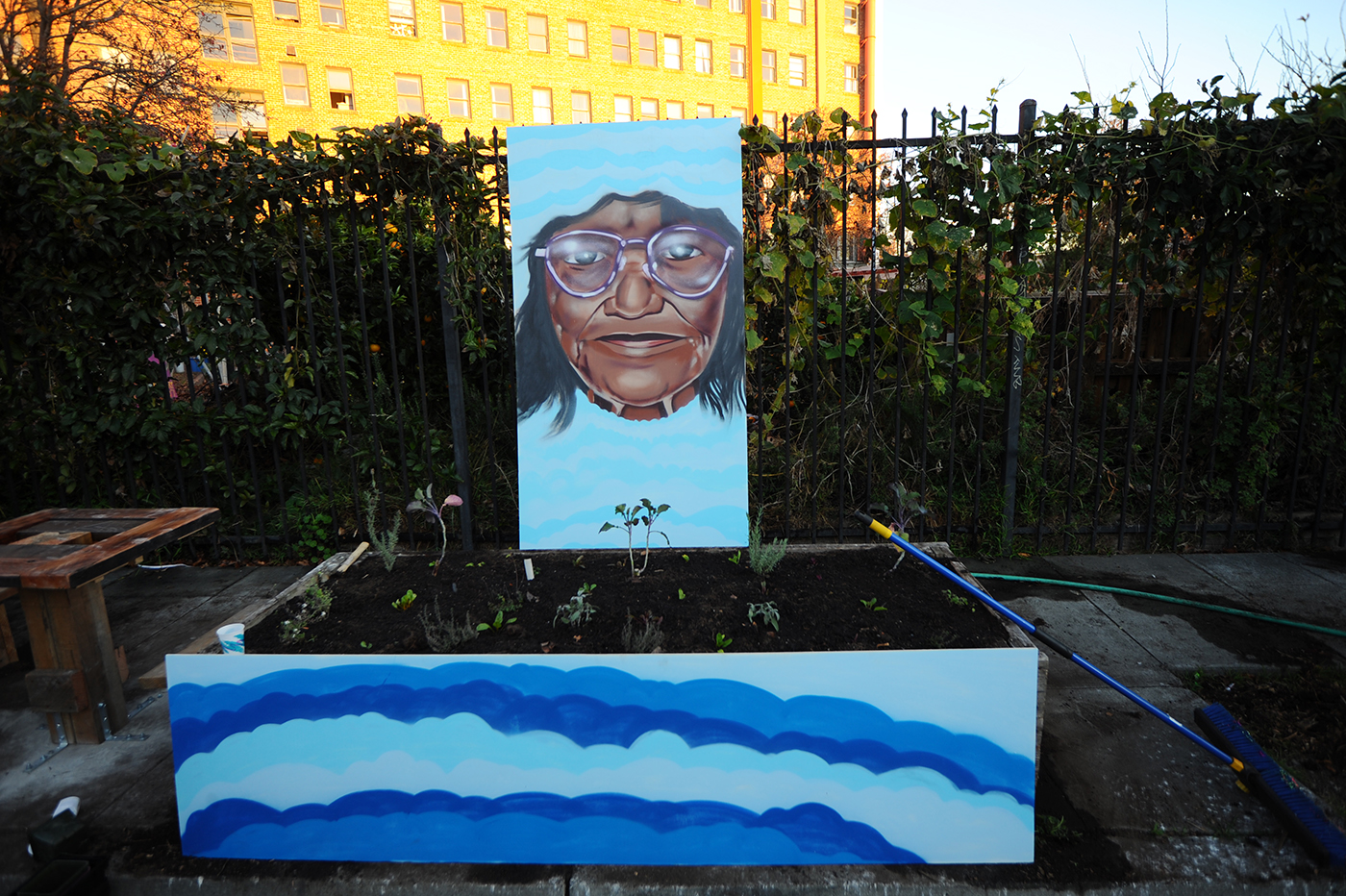 This mural of community activist Mother Wright is part of Creative Placemaking initiative by the People’s Grocery in West Oakland. 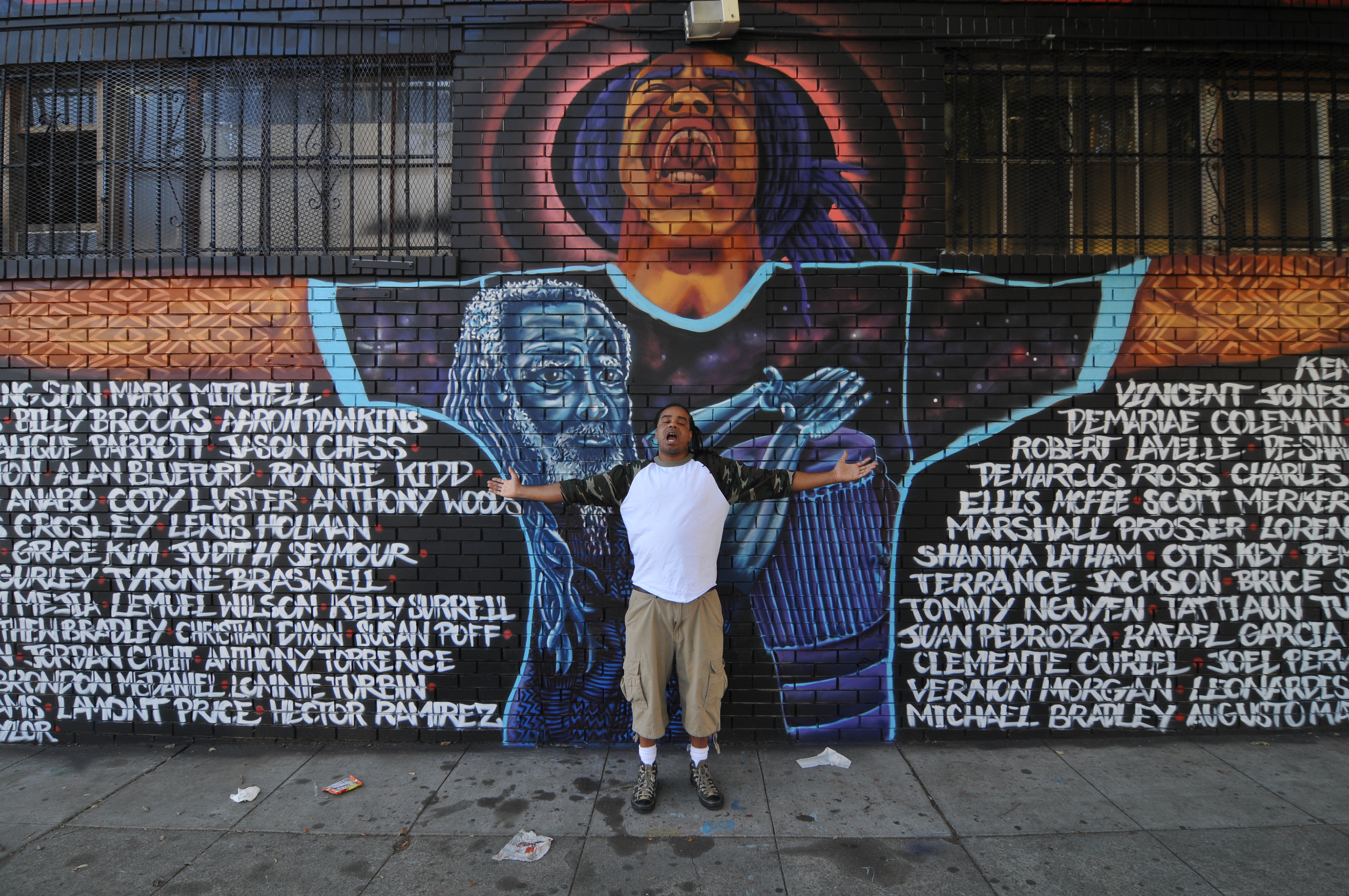 This memorial mural, which lists names of victims of gun violence in Oakland, has helped to calm down a neighborhood hotspot. 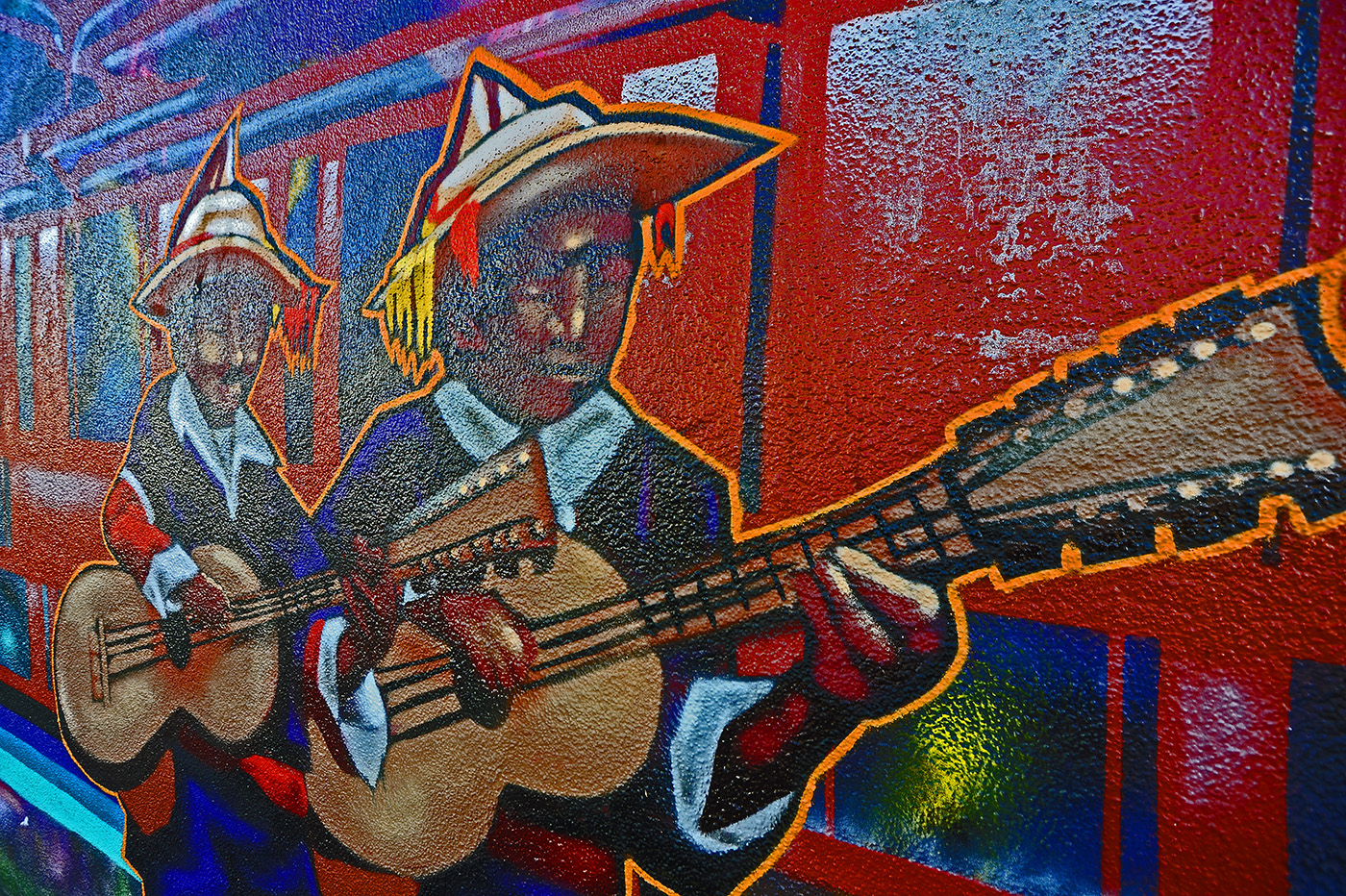 The Peace and Dignity mural in Oakland’s Fruitvale District was funded by the Redevelopment Agency as part of a blight mitigation initiative. 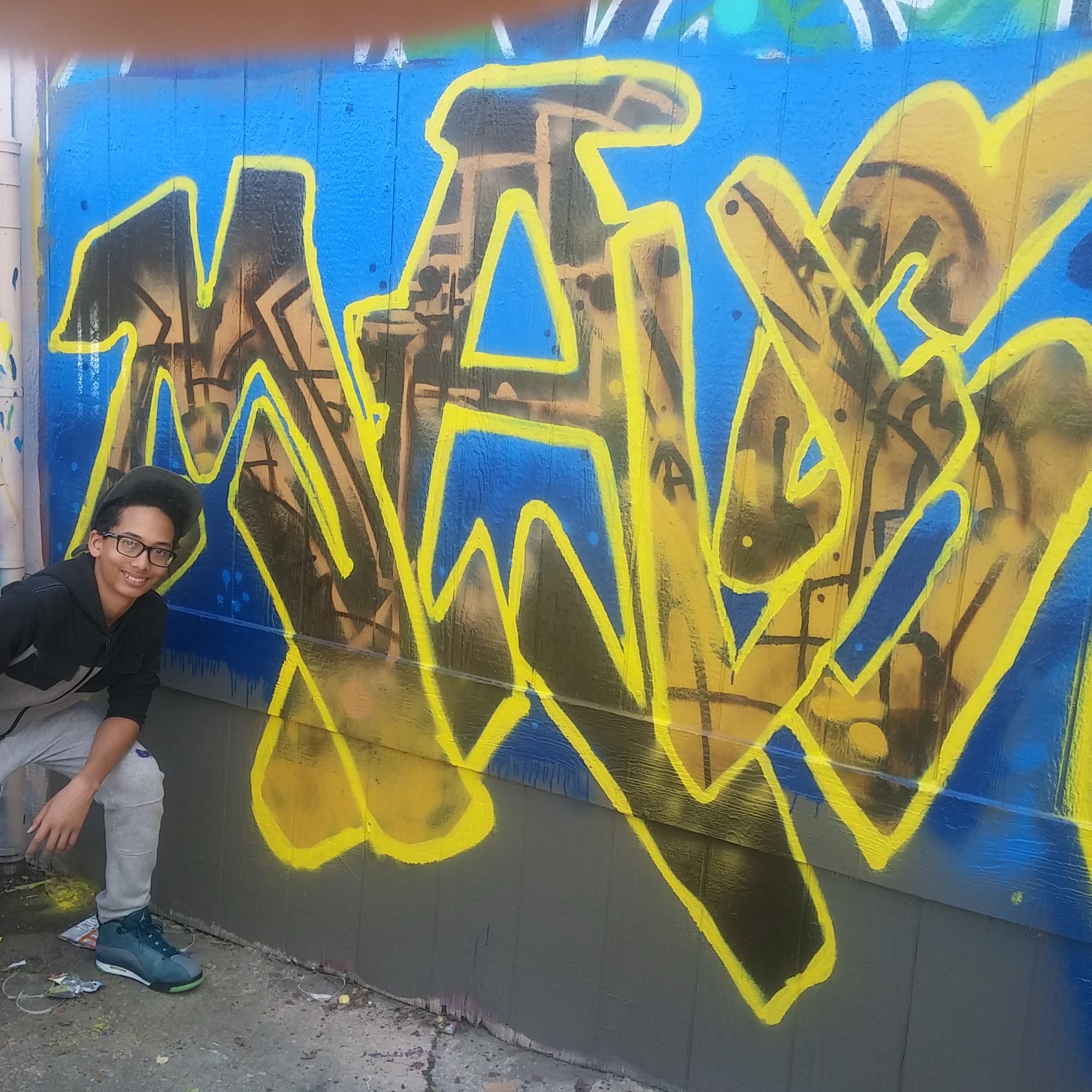 An ArrowSoul Student poses with his first piece. 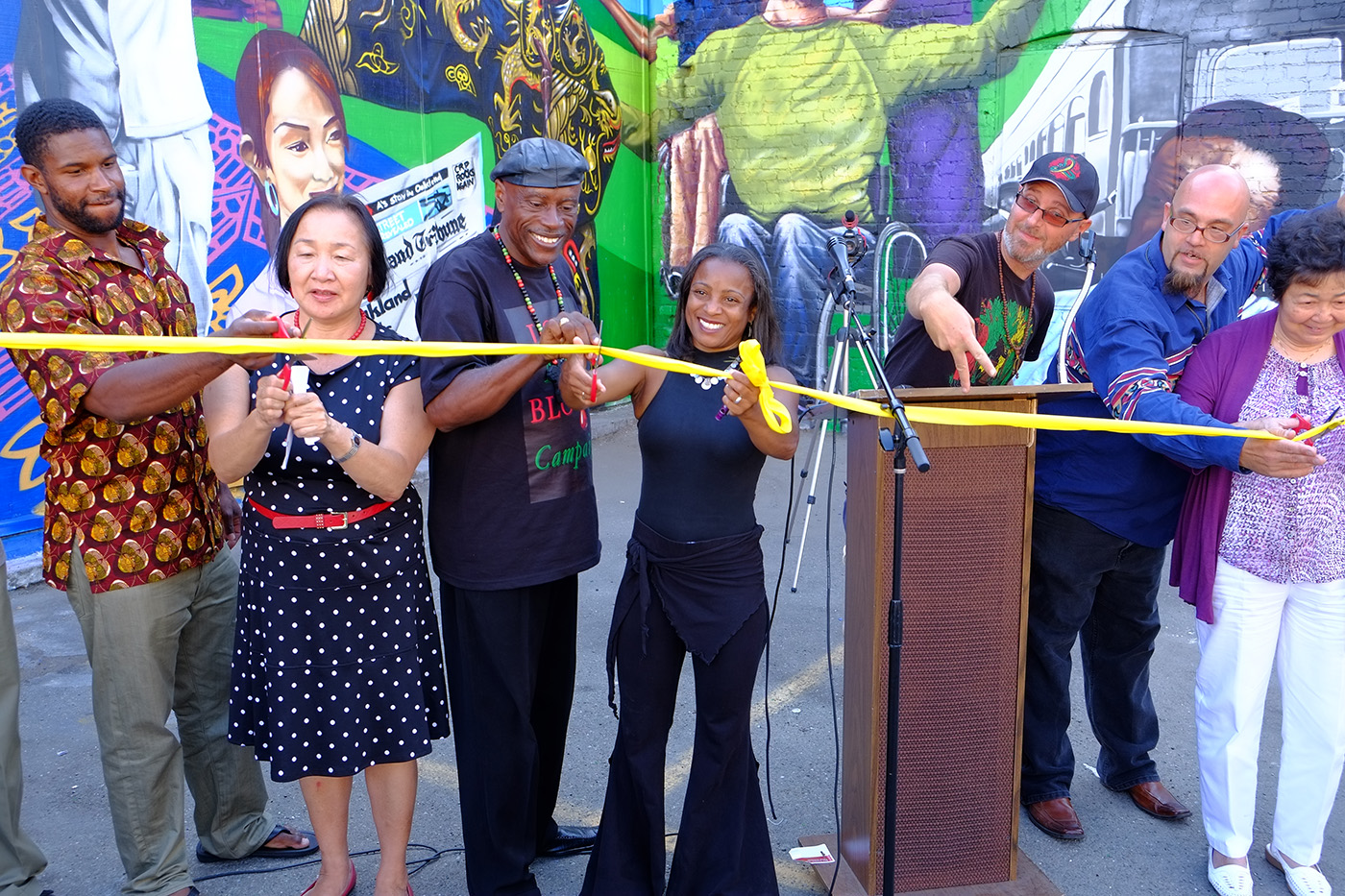 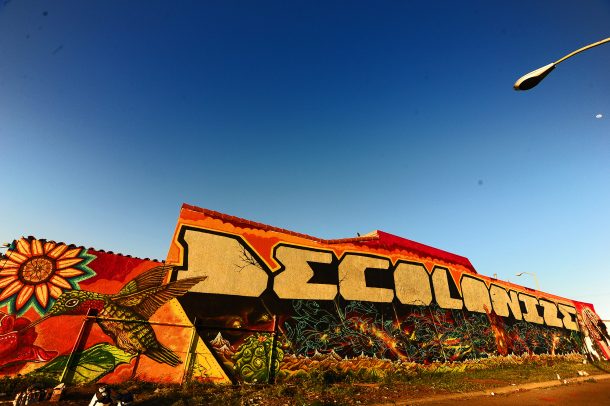 Murals can provide the messaging for social movements. 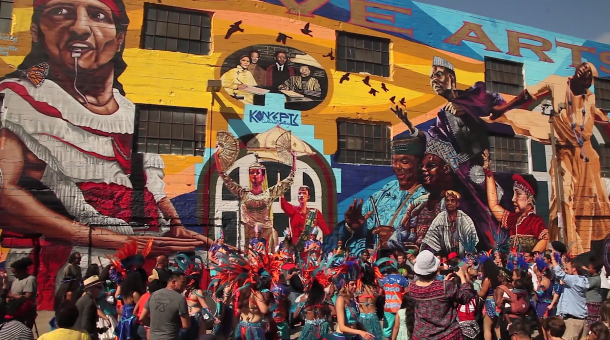 Murals can be a catalyst for community-building. 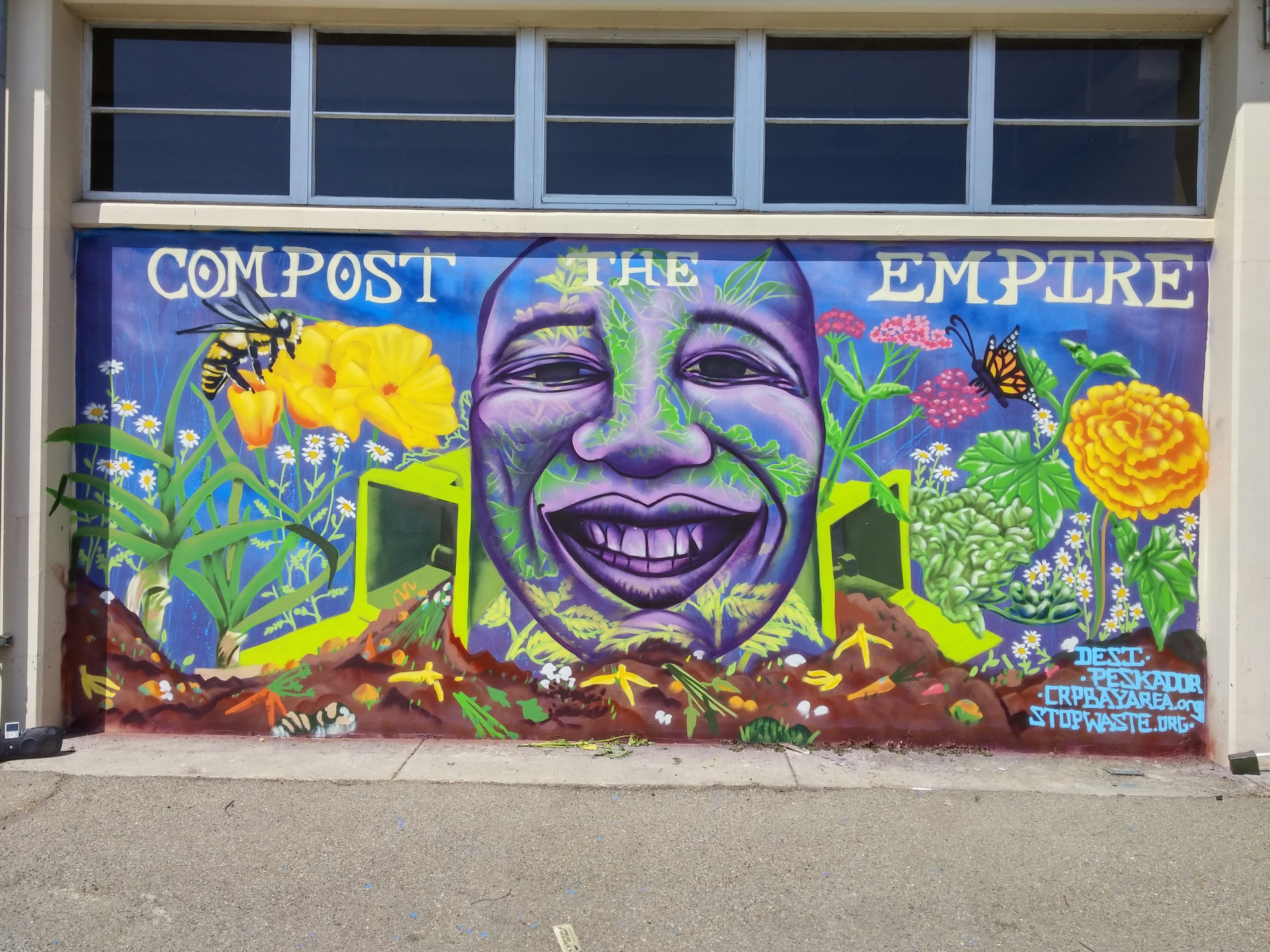 This mural was commissioned by StopWaste.org to increase awareness of environmental issues.