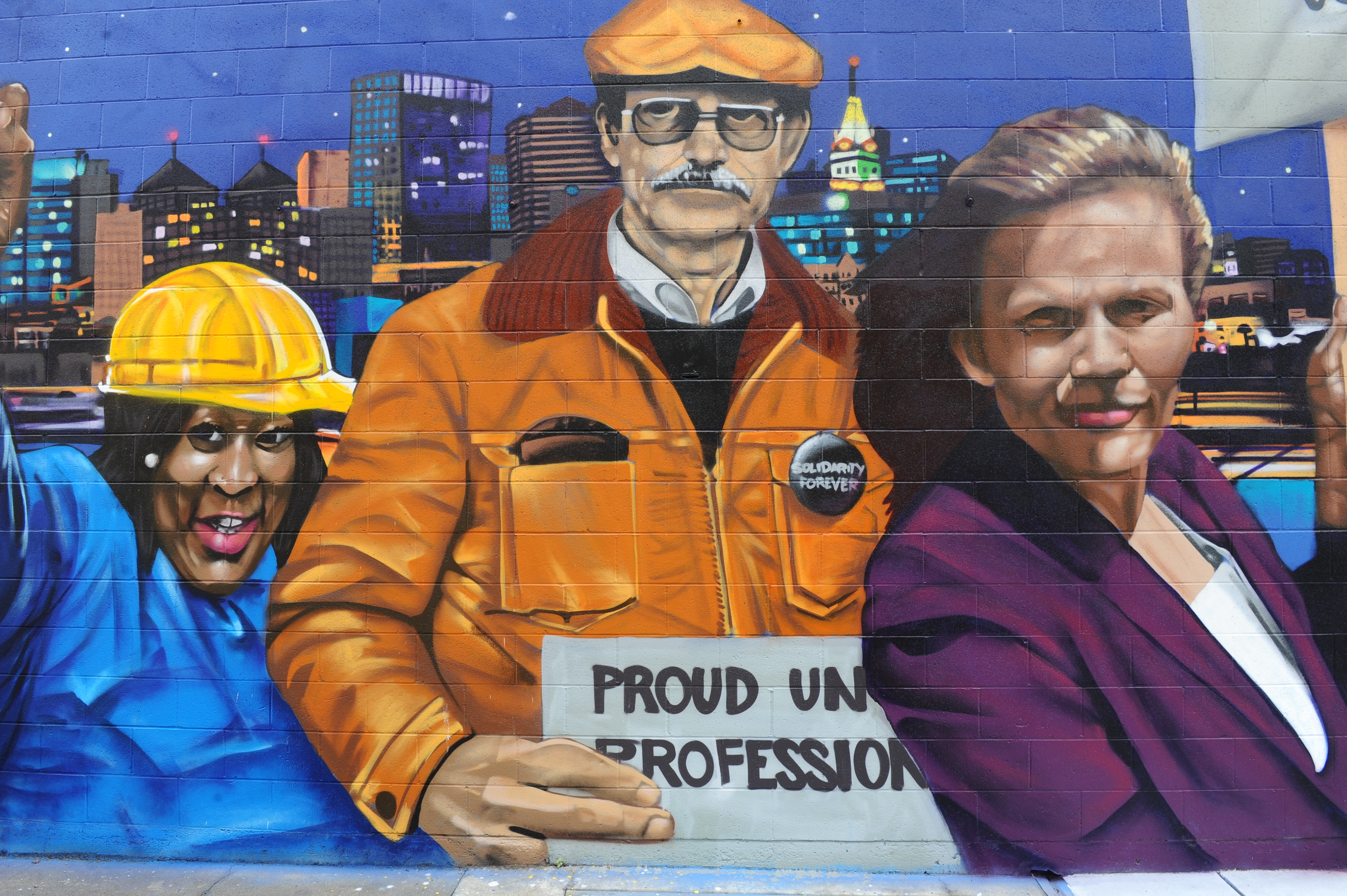 Murals in particular can be an effective part of economic development, beautification, and anti-blight strategies. They offer considerably more benefits than simple abatement, and can be combined with other initiatives and goals in a way which abatement on its own simply can’t. Murals in emerging arts districts help define the district, lend it a distinct sense of character and identity, can uphold neighborhood history and cultural heritage, and create a tangible sense of destination, which in turn can drive foot traffic and tourism. In many cases, public-private partnerships are established to implement these initiatives, leveraging city funding and political will with community input.

A relatively new trend in public art is the use of transportation funds to beautify and enhance urban infrastructure, including intersections, crosswalks, parks, and parklets. Such projects may involve street painting, sidewalk art, or murals integrated into existing architecture. Cities have also commissioned projects on city-owned trash receptacles, electrical boxes, and light poles – frequent targets for taggers.

Both murals and mural tours have been commissioned or coordinated by official tourist bureaus like Visit Oakland. However, while this strategy does offer high-visibility walls to local artists, it can also promote gentrification and displacement, and may not be reflective of community input. A more community-centric model is the Clarion Alley Mural Project in SF’s Mission District, who have curated a vibrant art site for two decades. The site reportedly draws 200,000 visitors a year; among the muralists who have painted there are former Black Panther Minister of Culture Emory Douglas and Mark Bode, son of legendary underground comic book artist Mark Bode.

Mural tourism is an evolving aspect of the creative economy which already has a global following, as evidenced by the Global Mural Arts Tourism Association, founded in 1997 in Chemainus, British Columbia — a small town which became a major tourist attraction due to its murals. Every two years for the past 30 years, the Association hosts a Global Mural Symposia in a different city.  By creating a network connecting muralists, the Association has both furthered the mural arts and furthered economic development on a worldwide level.