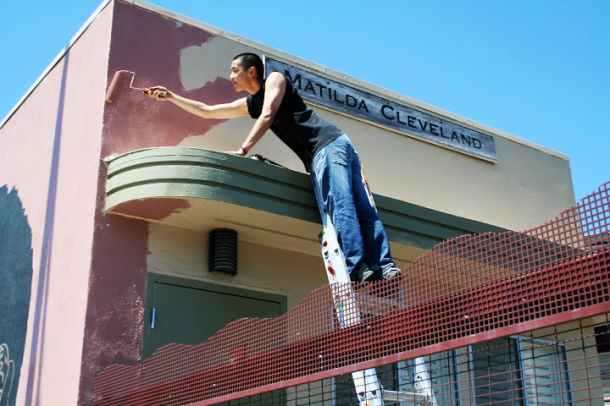 The abatement industry is estimated to record more than $20 billion in profits annually–in this country alone. Since 2002, this industry has almost doubled in size, but despite the additional—some might say exponential—costs, abatement has failed to achieve a permanent reduction in tag vandalism. 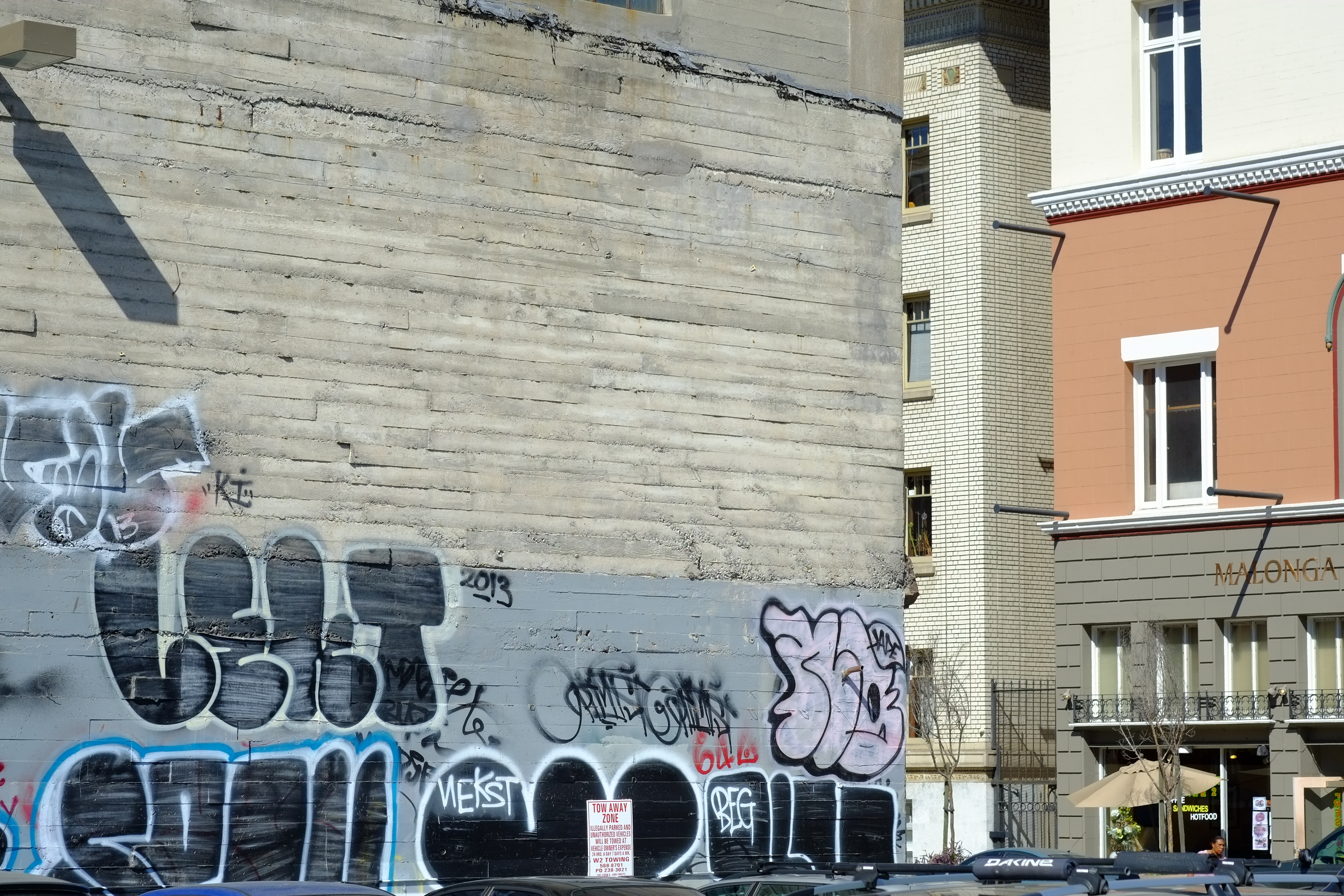 This “before” shot of 14th and Alice illustrates prolific tagging which has outpaced anay and all abatement efforts. 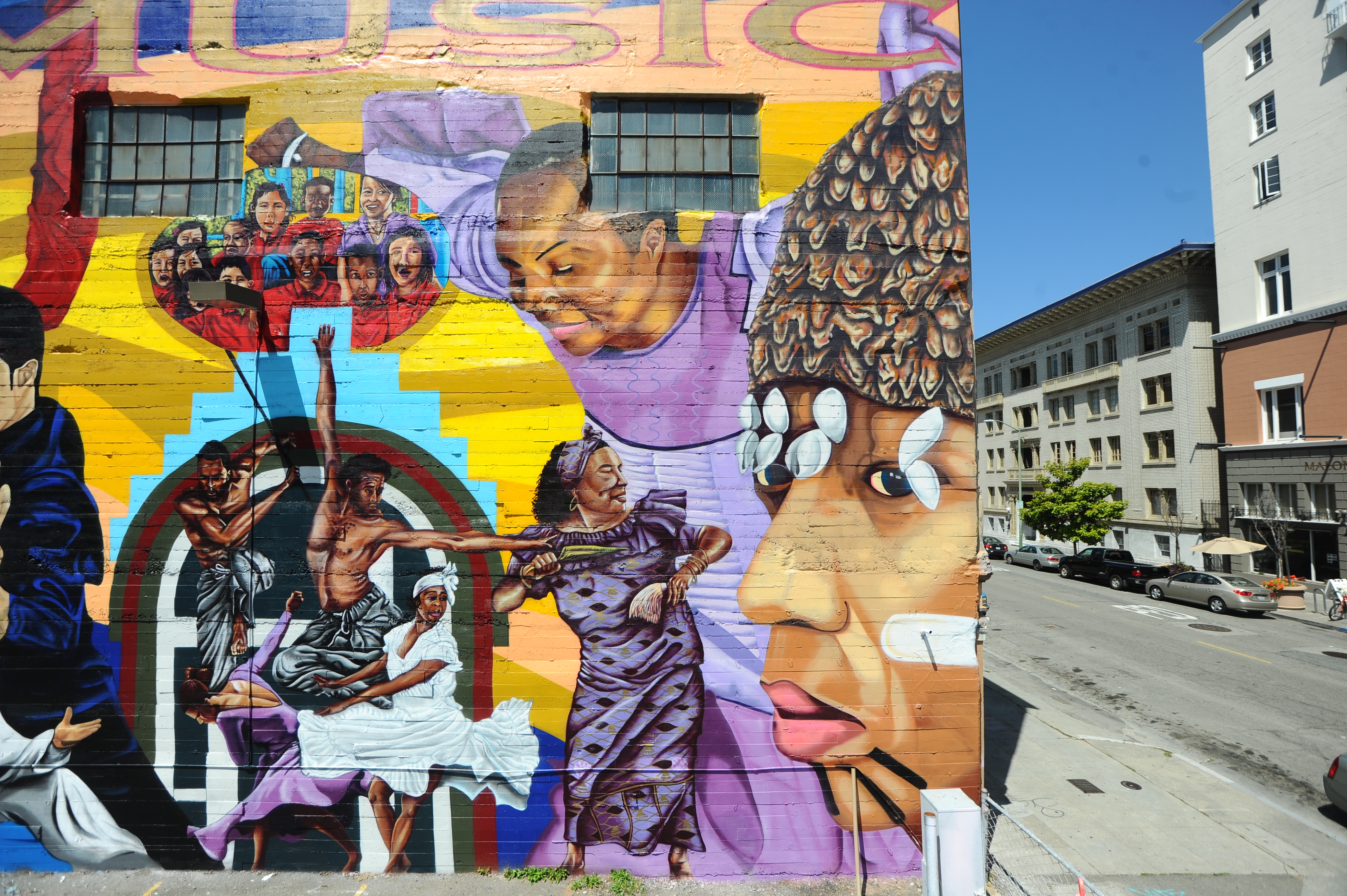 An “after” shot of the same wall shows that tag recidivism has been eliminated–while honoring the neighborhood’s cultural identity and heritage.

One reason for that is that painting over a wall just creates a fresh surface for taggers, especially in a tagging hotspot. According to the Department of Justice, “areas where graffiti has been painted over — especially with contrasting colors — may be a magnet to be revandalized.”

While the abatement industry’s close ties to law enforcement and public officials have contributed to its astounding economic growth –through conferences, ancillary products, and high-priced “graffiti consultants”– these costs are difficult to justify, in terms of efficiency and effectiveness. Despite claims to the contrary, the simple fact of the matter is that abatement creates a never-ending cycle of tag recidivism, without ever actually solving the problem it was intended to combat.  Zero-tolerance policies have simply not worked, and recent studies suggest these policies may even contribute to increased vandalism.  Moreover, graffiti vandalism crimes are often such a low-priority for law enforcement, that many crimes are not investigated, much less prosecuted. Anti-graffiti ordinances announced with great fanfare have typically underperformed—or in Oakland’s case, resulted in added fines for property owners, but no significant cases being made, no civil suits filed, and no promised Victim’s Compensation Fund–while a taxpayer-funded graffiti removal services’ budget grew to more than $1 million annually. (Note: These costs only reflect abatement on public property; the annual cost of private abatement is unknown).

“Abatement creates a never-ending cycle of tag recidivism, without ever actually solving the problem it was intended to combat.”

Other cities have experienced the same phenomena. In 2007, in Los Angeles, CalTrans spent $2.7 million, the city of Los Angeles spent $7 million, and LA County costs were estimated at $30 million for graffiti removal.

LA’s annual abatement costs are higher than the annual budget for its Ethics Commission and Department of Emergency Management and Disability; the $1.2 million the City of Oakland currently spends on abatement annually exceeds its Cultural Arts grants budget. And the $20 million San Francisco reportedly spends on graffiti removal each year is far more than the city spends on public art. Despite such expenditures, the cost of abatement rarely decreases – suggesting that it is, in fact, a money pit.

Some cities have established discretionary budgets and pilot programs for private abatement efforts, yet few if any of these initiatives include data collection. Without statistical evidence, determining the cost-benefit ratio of both public and private abatement is basically impossible. Furthermore, for any abatement study to be comprehensive, it must track not only reduction and recidivism incidents within a selected footprint, but also in adjacent areas. Abatement which claims to effect significant reduction within its target area, but actually results in increased tagging in nearby areas, isn’t actually effective – it just displaces the problem from one area to another.

Abatement which doesn’t follow established best practices can make the problem worse. Painting over surfaces requires matching paint, which isn’t always available. Chemical removers can leave a halo or outline, giving the appearance that the graffiti has faded, but not removed—and can not only damage metal surfaces, but posed environmental health hazards due to the use of strong solvents. Pressure-washing is expensive—most volunteer abatement organizations typically don’t use this method—but can also damage surfaces. Sandblasting and repainting is a complex, expensive, and time-consuming process, which requires several days to complete, and is cost-prohibitive for many small business owners. Anti-graffiti coatings, can be effective in some cases, but may not meet ASTM standards and/or use toxic chemicals which worsen air quality and can seep into groundwater.

Yet even if best practices are followed, abatement is a short-term solution at best. That’s because repainting walls and cleaning surfaces doesn’t eliminate or significantly deter future vandalism—the same walls are likely to be tagged over and over again. It’s an endless cycle whose cost can only continue to rise. 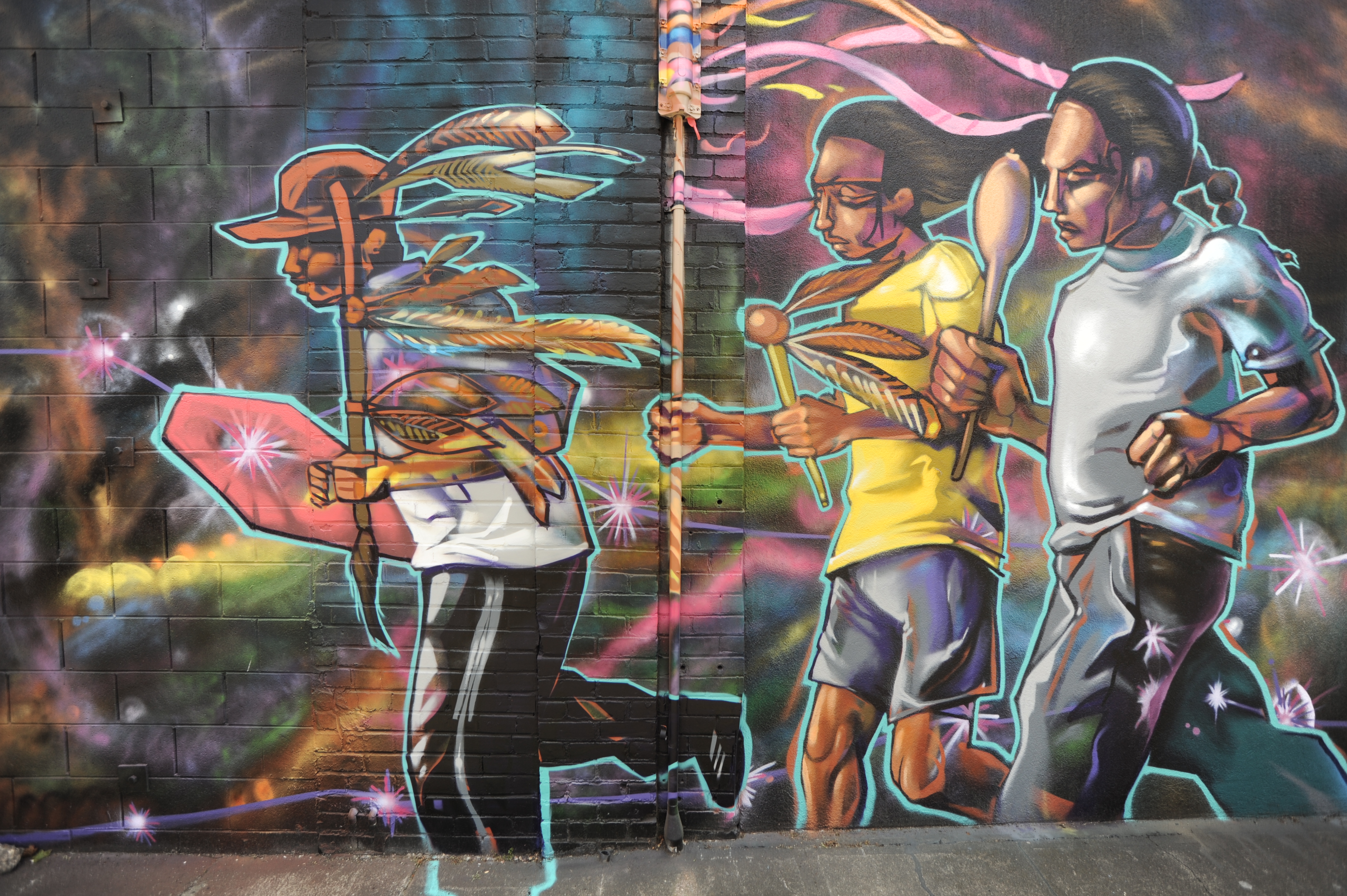 Murals, on the other hand, offer long-term solutions and have proven to be effective deterrents against tag recidivism. High-quality murals are generally respected by taggers, who will often not deface art with cultural value. If best practices, such as using clear coatings, are followed, murals will not only retain their vibrant colors for years, but require little maintenance in the event of an errant tag or two. The lifespan of a mural can be decades, amortizing their relatively high initial cost for large-scale productions. And murals offer aesthetic benefits which simple abatement doesn’t.

Though few studies have been done comparing the long-term effectiveness of murals vs. abatement, anecdotal evidence indicates a high degree of effectiveness, which would likely be borne out by collecting comprehensive data.

In 2013, Oakland allocated $400,000-$50,000 per Council district – for “anti-graffiti murals.” Of the dozens of murals commissioned under this fund, not a single mural has required extensive maintenance, and in fact, many of Oakland’s former tagging hotspots have been eliminated or significantly reduced.

The “Universal Language” mural at Alice and 14th Sts in Oakland, for instance, has completely transformed a once-blighted parking lot, which got tagged so repeatedly, property owners simply stopped attempting to repaint it. Over a three-year period, it has only been marred with two minor tags—one of which is on an area where the mural was damaged and the naked wall beneath it exposed due to construction.

Other murals supported by this fund have similarly reduced tagging and blight in hotspot areas, including the “superheroes” series painted under freeway overpasses, locations frequented by homeless populations. Murals commissioned in the San Antonio district upholding African-American and Chicano/Latino culture have also remained free of vandalism.

There are many more examples which suggest murals are a better solution than simple abatement in many cases. The “Peace and Dignity” wall in Oakland’s Fruitvale District – a hotspot for gang-related tagging—upheld indigenous cultural pride and remained tag-free for more than five years. An anti-violence memorial wall near Seminary and Foothill has been respected by neighborhood residents for more than four years. In West Oakland, a huge, two-sided production at 16th and Peralta honoring Oakland’s heritage as a port city and railway hub has not only deterred taggers, but brought a splash of vibrancy into a mostly-industrial area.

The proliferation of tagging in Oakland’s Chinatown has led many merchants and business owners to commission murals with cultural themes – panda bears, dragons, anime characters, etc. Not only has this organic effort slowed down what can only be described as an epidemic of tagging, but it has enhanced the neighborhood’s cultural identity, and reflected on its ethnic heritage. Similarly, mural initiatives in cities like Philadelphia, Portland, Oceanside, Washington D.C., Las Vegas, and Toronto have not only deterred tagging, but helped to build community, engage at-risk youth, and attract tourism.

Public art has been utilized to promote positive mental health in locations frequented by homeless populations , to empower refugees all over the world, to promote ecologial awareness, reduce violence, be a gathering place for cultural events and activities, and as a vehicle for youth development initiatives. These aspects of murals and public art clearly present a multi-faceted solution to blight and vandalism which not only beautify surfaces, but can also achieve programmatic goals and objectives which are not possible by simply repainting walls.

The Department of Justice has actually commissioned murals at its headquarters, the John F, Kennedy building in Washington, DC. But they have yet to advocate fully for murals as an more effective alternative abatement solution, possibly because of the financial ties between the abatement industry and law enforcement agencies. That push will have to come from the communities themselves who can benefit from murals, and from city officials bold enough to look past knee-jerk rhetoric at the hard numbers – and the unadulterated truth: if abatement was effective at reducing the problem, costs would decrease over time. The fact that they haven’t hints that the time has come to embrace alternate solutions, like murals.