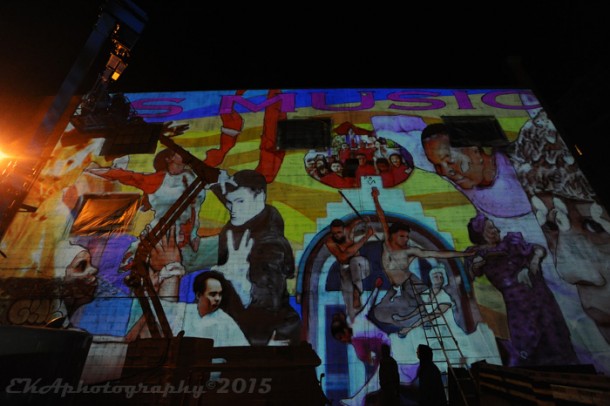 Though the delay altered the project’s original timeline, during the break, CRP conducted additional interviews and research, which might not have happened had the project gone as originally scheduled.

Last week, lead artists Mundo and Pancho Peskador returned to the parking lot at 14th and Alice Sts., where Phase I of the Alice St. Mural was painted last year. After taking precautions such as covering the wall’s exterior windows with plastic and priming the wall — buffing the numerous tags and throwups it had accumulated over time–  the artists projected an outline of the planned mural, which focuses on the contributions of the Afro-Diasporic community centered around the Malonga Casquelord Center for the Arts, as well as culture-keepers and icons of Oakland’s native Chinese and Chinese-American community centered around the Hotel Oakland.

“It’s a relief to finally be able to move forward,” said Mundo. “This story’s not complete without people like CK Ledzepko, Mama Naomi and Papa Zac, Moshe Milion, Jose Lorenzo… there’s so many people who have to be put up on this wall. Having the capacity to move forward is a big deal,” he added.

According to Mundo, “The incorporation of key people who have not been depicted so far is really gonna tie together a lot of loose ends, and address the omissions that the community has expressed to us… With Phase II, we’re painting some of the most central people to this community and including them in this process.”

The mural is expected to be completed in late May or early June; Mundo and Peskador plan to work practically every day for the next six weeks. Following the completion of the project, CRP plans to hold a neighborhood block party to commemorate the mural and honor all those depicted on its walls. A planned documentary is also in production (scheduled to be released in 2016), as well as an educational website and companion coffee table book, to be published by Pochino Press.

Check out CRP’s photo gallery documenting the ‘before’ wall, the priming of the wall, and the projecting of the outline: 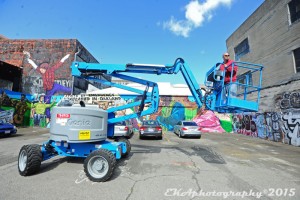 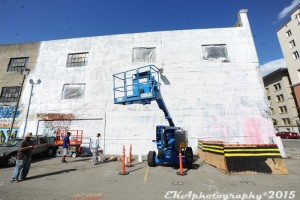 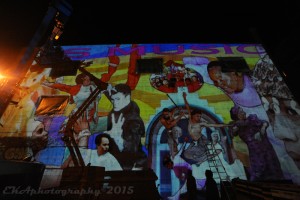 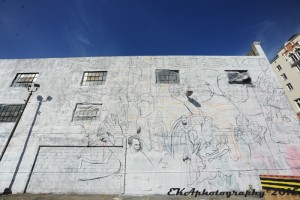 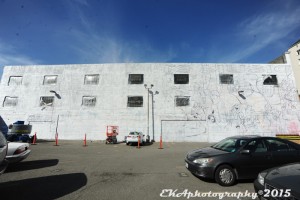 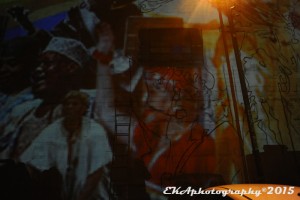 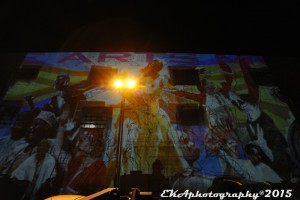 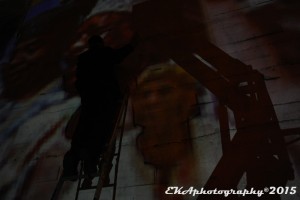 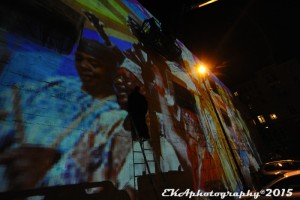 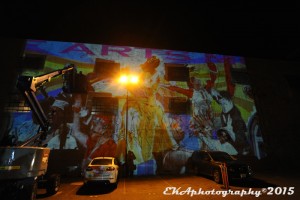