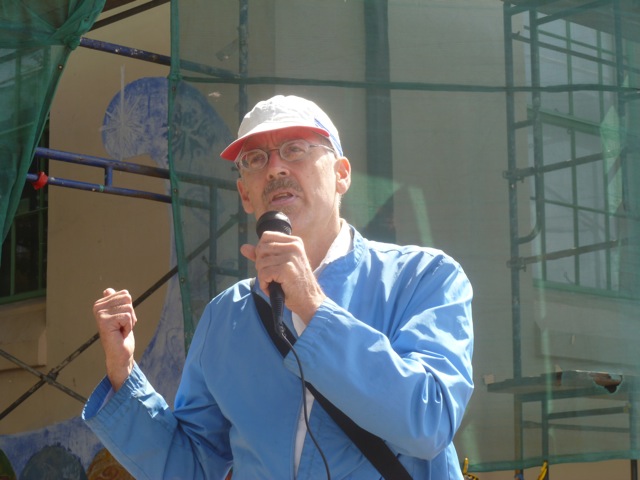 CRP has always been a strong advocate for mural protections. This story illustrates both the community’s love for murals and the history that they represent as well as the need for protections against murals being destroyed. Most muralists are not aware of the Visual Artists Rights Act (VARA) and the scope of legal protections already in place for muralists. This story is especially relevant to us because it is a local issue. Murals related to the Chilean community seem to have been particularly targeted recently in the Bay Area. 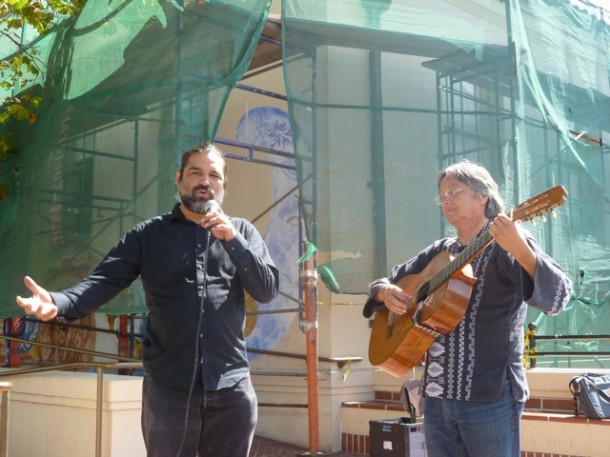 Musicians Rafael Manriquez and Francisco Hererra as well as community residents and artists joined together on the anniversary of the death of Victor Jara and in action to prevent the destruction of the Bernal Heights Victor Jara mural. Jara was murdered on September 16, 1973 by the US supported military coup in Chile. His hands were broken and then he was killed. Musicians and artists as well as San Francisco and Bernal Heights Community residents spoke out on September 16 against the destruction of the Victor Jara mural on the wall of Bernal Heights Library. The city has secretly manipulated with the support of San Francisco Supervisor David Campos a committee that mostly had members who wanted to destroy the mural and get a contract for a new mural that would double the cost of restoring the present mural. 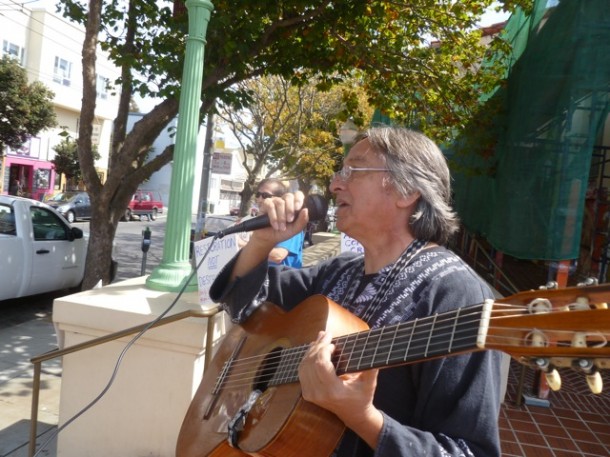 The corporate controlled San Francisco Library Commission also illegally sought to destroy the mural before they even contacted the artists or heirs of the artists to let them know the mural would be destroyed. The rush to destroy the mural was taking place to prevent the community from even knowing that it was going to be destroyed and to prevent people in the community from coming together to challenge the destruction.

A statement from Holly Near was read and statements of solidarity were presented including the heir of the artist. 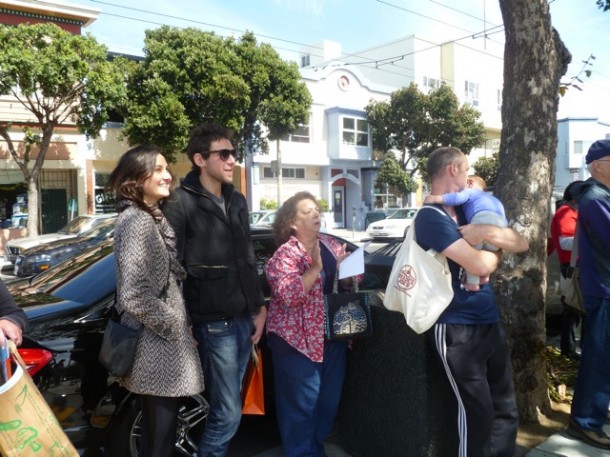 At the rally it was also reported by community resident that the Community Heroes Mural that had been destroyed at the Horace Mann school the previous week by the San Francisco School District.
Participants called on residents and supporter of the Victor Jara Mural to call David Campos at 415-554-5144 and call for a halt of plans to destroy the mural and for a new transparent and democratic process for discussion on the murals. Also it was reported that the so called Bernal Heights Mural Project had actually been involved in making the decision to destroy the mural and then getting a contract by the City and County to do the work on the new mural. This flagrant conflict of interest it was pointed out was unethical and it again showed that there was complete lack of transparency. Supervisor David Campos has also been cited by the Sunshine Commission for violating the rules on transparency and illegally cleansing documents related to the process of the destruction of the mural.