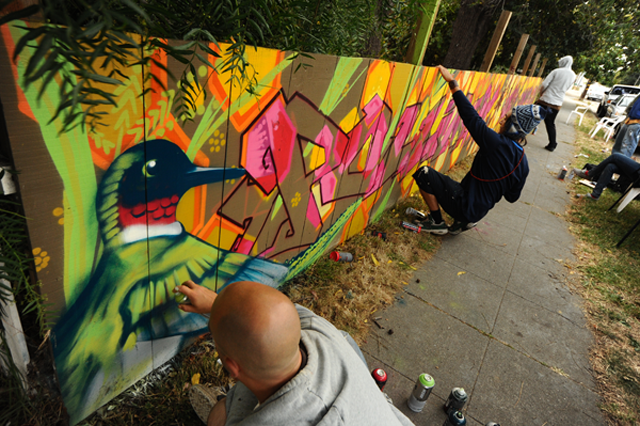 CRP began its collaboration with ACGAN in 2010 by painting a live community mural at its 10/10/10 event held in conjunction with a nationwide day of action with 350.org. This project was followed up with another mural the following year highlighting the role of bees called “Pollinate Your Community.” CRP remains involved with this grassroots program to transform the blight in Ashland and Cherryland.