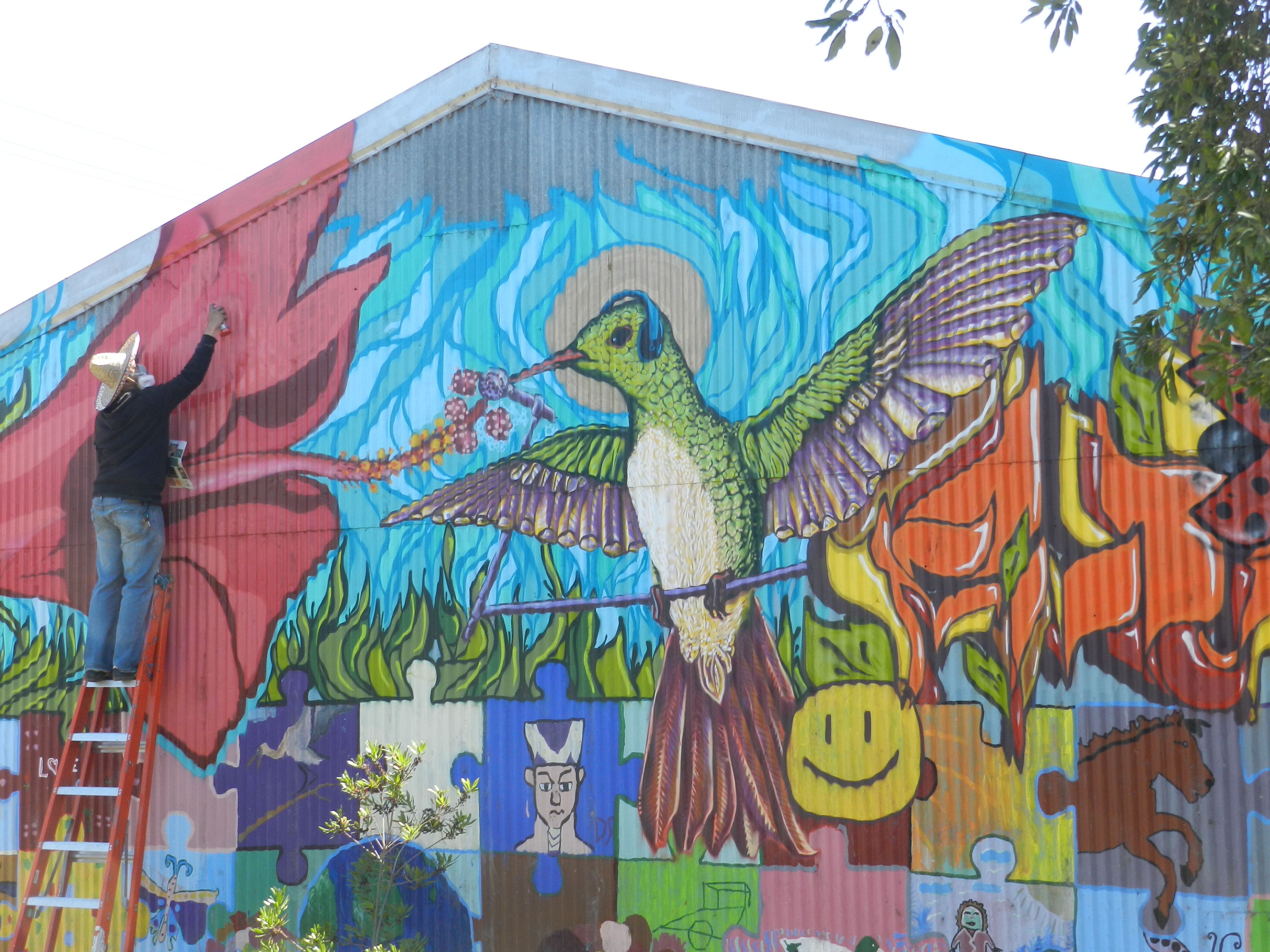 (Richmond, CA) – Oakland-based artist collective Community Rejuvenation Project today announced the completion of its latest mural project: nine new murals between Harbor Way and Second St., as part of the Richmond Greenway project. The murals, painted over the past four weeks, include the identifying piece “This Way to the Greenway,” as well as several pieces which continue the themes of CRP’s ongoing “Healthy Lifestyles” campaign: “Food is Medicine,” “Agua es Vida,” “Uplift,” and a portrait of Major Taylor, the first African American bicycling champion. The lead artists were Daud Abdullah, Mike 360, Desi W.O.M.E, Release, and Pancho Pescador, with help from youth artists from Gompers High School. CRP’s innovative techniques for these murals included embedding sections of mirrored glass within the murals, to improve reflectivity and provide a stylistic match to the unique series of artbenches created by Abdullah for the project.“We are extremely proud to have had the opportunity to work on this project,” said CRP founder Desi W.O.M.E. “The Greenway is an important project for the citizens of Richmond, who are struggling with the reality of toxic pollution—as evidenced by the recent Chevron refinery fire, which happened in the midst of this project—not to mention all the other socioeconomic ailments which affect urban cities. By creating positive, community-uplifting public mural projects which support environmental and health awareness, food justice, and alternative transportation, we hope to raise the consciousness of Richmond residents around these issues, while promoting a sense of investment in their own community.” 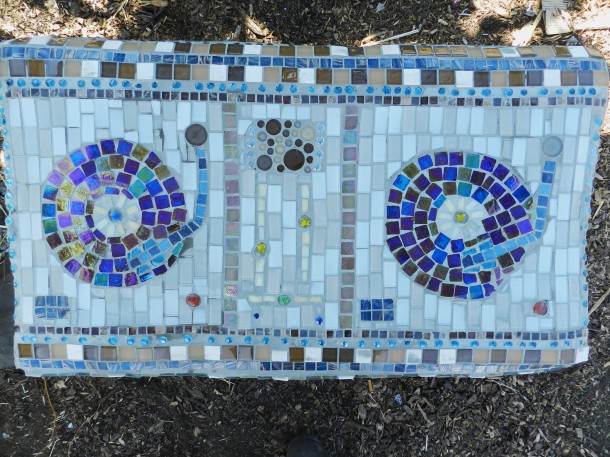 “CRP has provided incredible assistance and inspiration for us in expressing the cultural identity of our city and community through our Greenway Mural Project,” said Richmond Mayor Gayle McLaughlin. “This project is a reflection of a community-in-action, especially our youth, who are deeply committed to making the Greenway an expression of our values and mission to bring about a healthy and creative Richmond.”
The Greenway project is a collaborative effort between CRP, Urban Tilth (who contributed gardening and youth artists), Pogo Park and Richmond Build (who provided significant labor, organizing and resources to the Harbor Way fence project), Gompers High School (who recruited youth artists), and the Richmond Arts and Culture Commission. It stands as an example of CRP’s “pavement to policy” approach in action. For the past year, CRP has been part of the Richmond Mural Protection Task Force, which was founded after the Gompers mural was carelessly destroyed in 2011. The Task Force is poised to adopt CRP’s recommendations for powerful new mural protections through the mural registry. 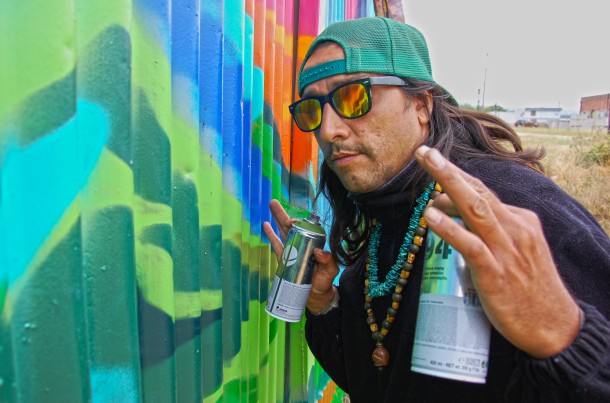 CRP will be back on the Greenway over Labor Day weekend (Sat. 8/1 – Mon. 8/3, 10 AM – 6 PM at 8th and the Greenway) to paint one of two planned fences for the project. A second round of fundraising is planned to complete the fence-building component of the project, after which CRP will paint its final Greenway mural. An exhibit spotlighting the Greenway project and featuring CRP artists will be held September 22, from 12-4pm, at the Richmond Art Center, 2540 Barrett Avenue, Richmond, CA 94804.
For more information, email crpbayarea@gmail.com
CRP Richmond Greenway Slideshow:
1
art oaklandCommunity ArtCommunity Art ProgramCommunity MuralCommunity Mural ProjectCommunity Mural ProjectsCommunity MuralsDevelopment of YouthGraffiti AbatementGraffiti RemovalGraffiti SolutionsMuralMural artMural ProgramMural ProjectsMuralistMuralsOakland Mural ProgramProject MuralYouth and Developmentyouth development projectYouth in Development
« Let the Healing Begin
Rampage of Appreciation! »