CRP Artists Prominently Featured in “Art on the Greenway,” opening Sept. 22 at the Richmond Art Center

HomeCRP Artists Prominently Featured in “Art on the Greenway,” opening Sept. 22 at the Richmond Art Center 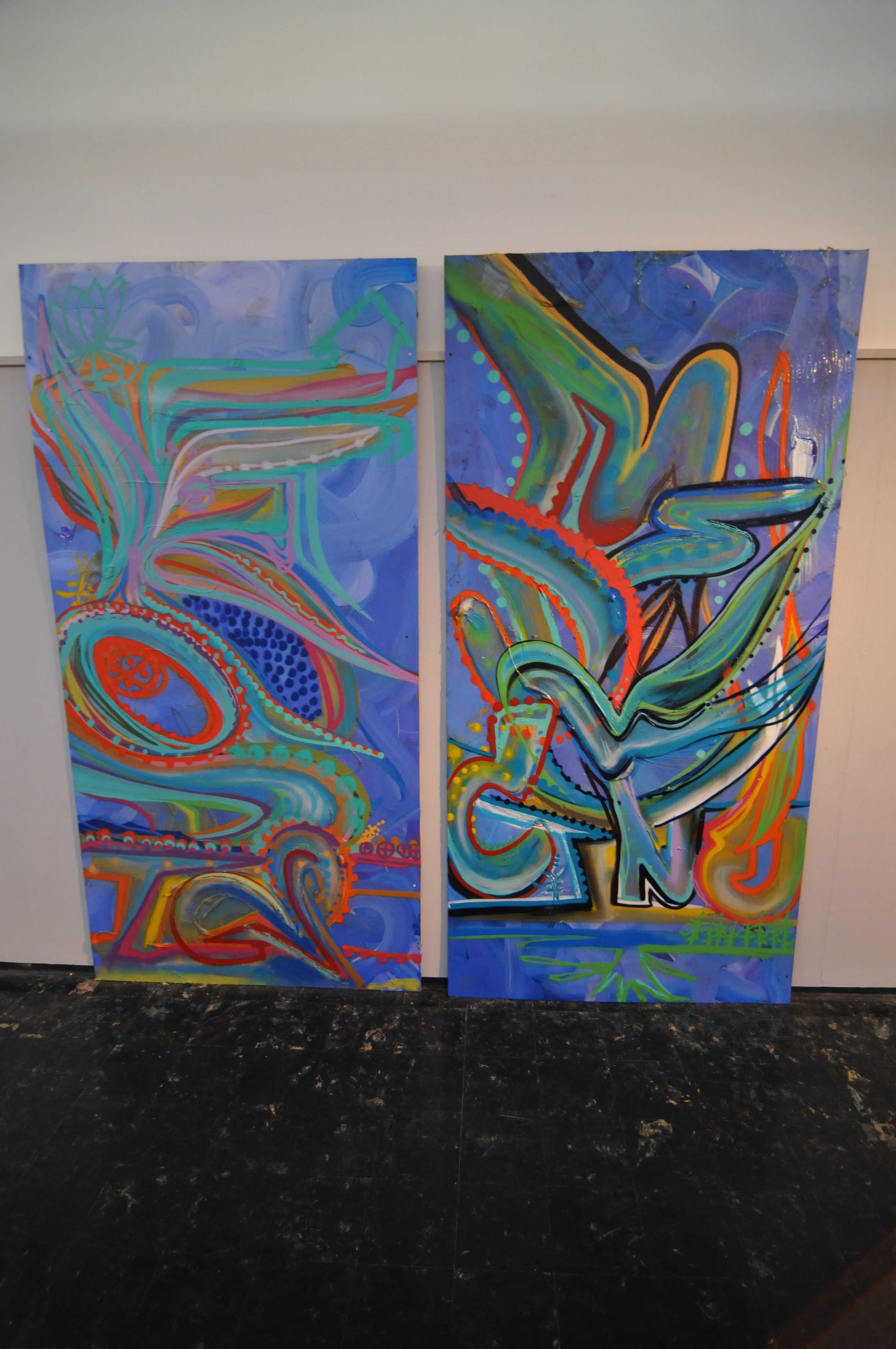 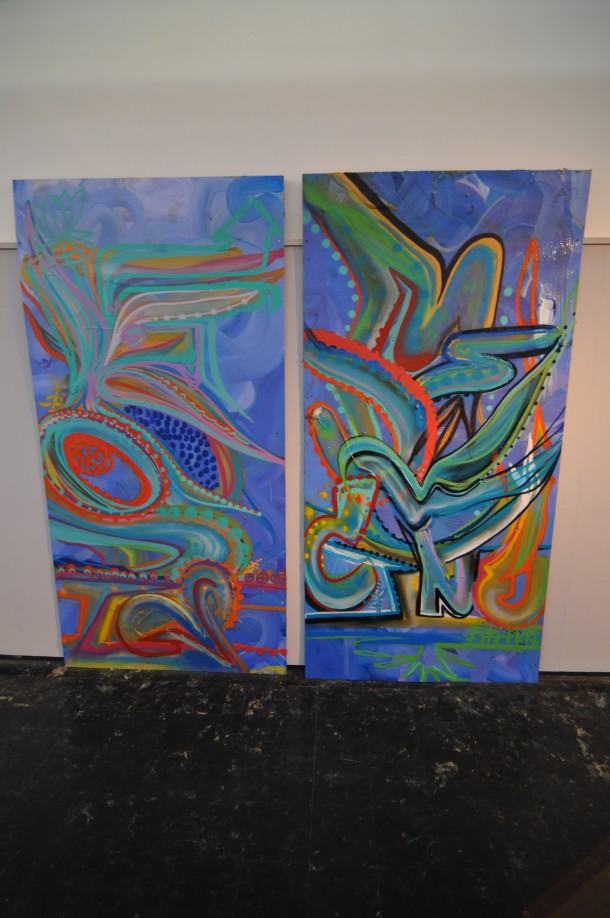 For Immediate Release – September 20, 2012
(Richmond, CA) Artists from Oakland-based mural art collective Community Rejuvenation Project are spotlighted in “Art on the Greenway,” a new exhibition of paintings and photographs celebrating the City of Richmond’s 2012 Neighborhood Public Art Program. The exhibit, which runs until Oct. 9, documents one of Richmond’s most inspired collaborative public art programs to date, and is the culmination of a months-long effort to transform the Greenway, a former railroad track turned bike and walking trail, into a public art space and community resource.
The centerpiece of the exhibit is a series of canvasses which present new interpretations of CRP’s Greenway mural pieces by other CRP artists. These include “Bear,” by Pancho Peskador (originally by Release), “Food is Medicine” by Mike 360 (originally by Desi W.O.M.E.), “Huichol” by Skul and Irot (originally by Peskador), “Lowrider Biker” by Desi (originally by Release), and “Agua es Vida – Water is Life” by Release (originally by Mike 360). 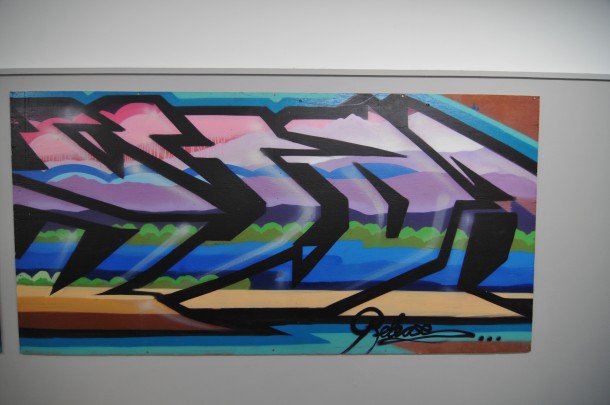 “We wanted to take a new and innovative approach to exhibiting our work in a gallery which paid tribute to the mural work we did on the Greenway project. Interpreting each others’ pieces on canvasses emphasizes the collective effort which goes into each and every CRP project,” said CRP founder Desi.
“I listened to what everyone else had in mind before I chose my image,” he added. “I thought we needed to incorporate a person that we might see on the Greenway, because it was so important to us that the people that pass through could relate themselves to the art. So I picked the kid on the lowrider that Release initially painted on the Glass shop on 6th. The challenge was fitting an image with all that detail into such a small space.”

Michele Seville, the city’s Arts and Culture Manager, and the driving force behind both the Greenway project and the RAC exhibit, said, “It was an honor to work with Desi and the CRP artists. They have absolutely captured the spirit and diversity of the neighborhood, and have made walking or riding the Greenway an unforgettably beautiful experience.” In addition to creating vibrant new murals along the length of the Greenway, Seville noted that CRP also trained local youth in mural technique workshops.
Along with the CRP canvasses, the exhibit also features photographs, video, and comic books capturing the process of creating public art and youth/community engagement, as well as the collaborations between CRP, Daud Abdullah – who contributed mosaic benches – Rosie’s Girls, Green Scene, Richmond Build, and Richmond Spokes. 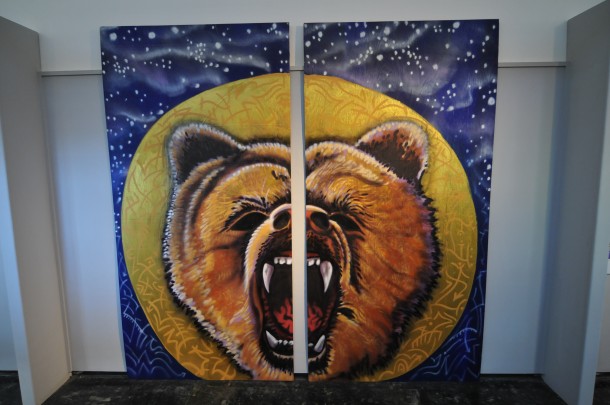 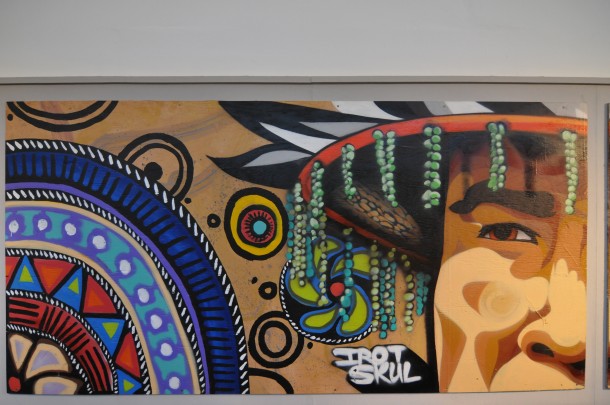