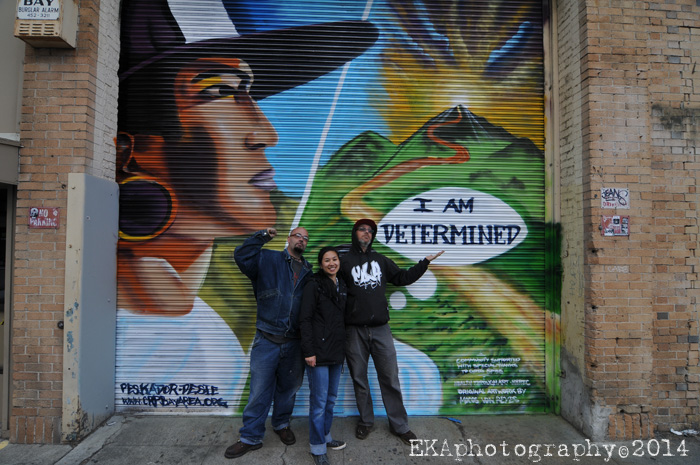 Celana Pearson is the Program Director for Health Through Art, an initiative of the Health and Human Resource Education Center (HHREC), a non-profit organization located in Oakland’s waterfront warehouse district, near Jack London Square. For many years, the center had waged an ongoing battle with tag vandals and its building was looking a little run-down. As Pearson relates, “the area was blighted and had lots of tagging.” Not a good look for an organization which promotes art as a means of holistic community healing.

In addition, Pearson says, she was looking for a mural location for two pieces of art designed by youth winners for HHREC’s “Call for Art” campaign. A Kickstarter campaign raised funds for the art to be installed on 40 billboards and for the commissioning of a mural. “We tried to get the mural up in on other buildings,” she says, but “other buildings didn’t have the same commitment or the locations weren’t places we can keep an eye on or accessible to the public to see.” 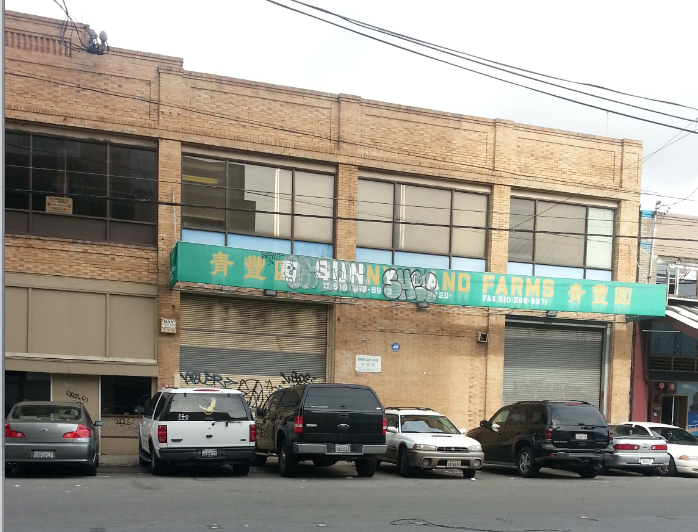 The roll-down doors at HHREC were previously repeated targets for vandalism.

So Pearson decided to commission a mural painted on HHREC’s outside wall, and reached out to CRP to get it done. “I receive the newsletters from crpbayarea.org and initially I took [CRP founder and ED] Desi out for lunch to pick his brains about the process of getting a mural up. The community is small and my husband knows Desi too,” she explains.

After some consultation, CRP agreed to paint the mural. Despite a rain delay, Desi and CRP artist Pancho Peskador were able to complete the two sections of the mural in a single day. As Pearson and her husband sat back and watched—after loading up on grub from the nearby Oakland Grill—the mural took shape, and the artistic vision of the “Call for Art” winners came to life. 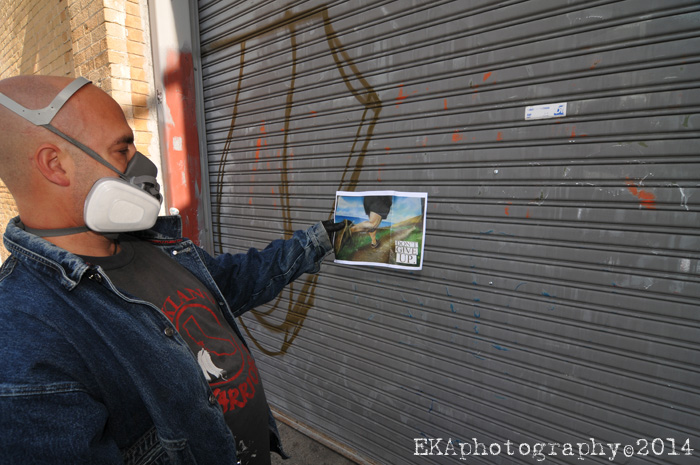 Desi refers to the original drawing by Mocos von Reyes while rendering the image on a roll down door.

Pearson says working with CRP was a positive experience: “I really enjoyed working with the artists. It was easy to support them, their process was fascinating and they are incredibly talented. By the end of the day, they were like my big brothers and I was in awe of what they just did. I still gave them some constructive feedback about a bent line and they took it well.”

It’s impossible to overstate this, but the addition of vibrant, colorful art made an immediate difference to the neighborhood, without distracting from the low-key vibe. Passers-by pointed and commented; one was overheard saying that, as a jogger, the positive messages of the murals – “I Am Determined!” and “Don’t Give Up” – actually inspired her to go out for a run. 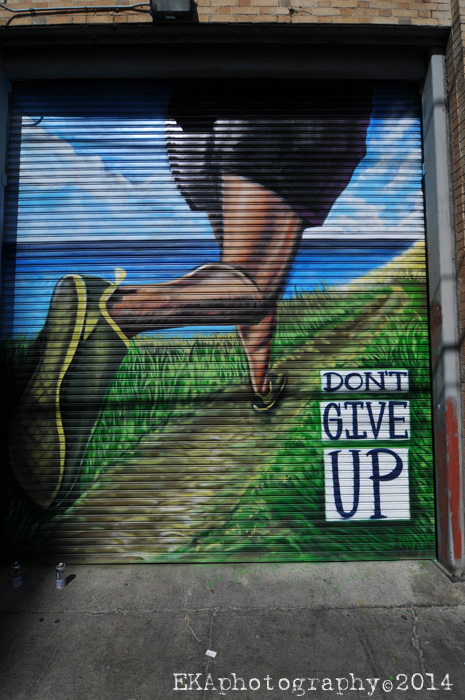 Don’t Give Up by Peskador and Desi. Original Artwork by Mocos von Reyes.

That’s exactly the type of community engagement CRP’s work has been known to have. CRP was honored to work with Pearson and HHREC, and to bring wider awareness of the organization, which is committed to supporting wellness in the community through the Health Through Art program, which utilizes community feedback, engages youth, and addresses relevant and topical social issues
like violence, life choices, and substance abuse. For more information about the Health Through Art program, visit here.