Oakland’s cultural shift is real, it’s happening right now, and its impacts could be devastating from a long-term perspective – unless there is a strong, concerted effort from both the cultural community and the larger community to organize around anti-displacement and cultural resiliency efforts.

That’s the short version; the longer version goes something like this:

For the past decade or so, as Oakland has become more and more gentrified, the threat of displacement has loomed ever-present. The biggest impact of the development boom currently underway has been rising rents, which in turn, has led to the loss of part of the city’s identity, as longtime businesses such as the Burrito Shop have had to close their doors, while others, like Genova Delicatessen, have been threatened with closure. These impacts have also been felt within Oakland’s arts and culture sector: the last remaining founding member of the Oakland Art Murmur, the quirky, grassroots Rock Paper Scissors Gallery is currently homeless after losing its longtime location in 2015. Even more Art Murmur galleries, specifically those housed on 25th St., are rumored to also be in jeopardy of being displaced by a planned development on that block. 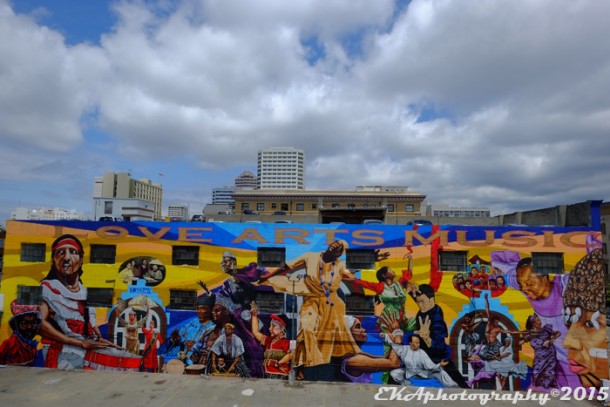 The irony of this situation could not be greater. The city of Oakland specifically earmarked the Art Murmur on its website as a cultural attraction and signifier of urban coolness which made Oakland a destination and helped to draw developer interest to the city. Now Murmur mainstays are being threatened with displacement by those very same developers.

Adding insult to injury, last July, developers even challenged the city’s brand-new Percent for Art ordinance, through the filing of a lawsuit alleging that public art requirements violated federal Civil Rights protections by the Pacific Legal Foundation, on behalf of SF’s Building Industry Association, an elite developer’s club. In a blog post announcing the lawsuit, the PLF went out of its way to be disrespectful of the city of Oakland and public art, calling it “something which isn’t really needed.” 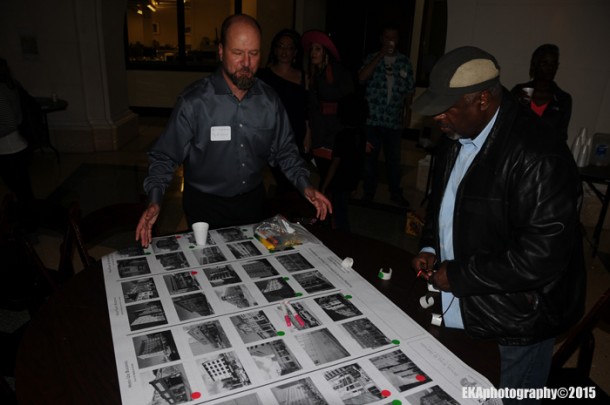 A planning meeting for the Downtown Oakland Specific Plan

CRP begs to differ on the benefits of public art; we think it is entirely necessary, and adds cultural and aesthetic value to cities, as well as reducing blight, deterring taggers, and increasing civic pride and a sense of identity. Public art, such as murals, can also memorialize and honor a city’s cultural heritage. But even so, the PLF blog post shows the outright callousness and dismissive attitude the development community apparently has toward art and culture – an attitude which appears to be widespread and common.

When CRP began the Alice St. Mural Project in 2013, it was intended as an homage to the cultural resiliency illustrated by the Afro-Diasporic community operating out of Oakland’s Malonga Center and the Chinese-language community symbolized by the Hotel Oakland. Doing that project, and recording dozens of interviews with arts practitioners, neighborhood residents, and culture-keepers not only brought to light the cultural practices of those communities, but also their history of displacement and resistance. 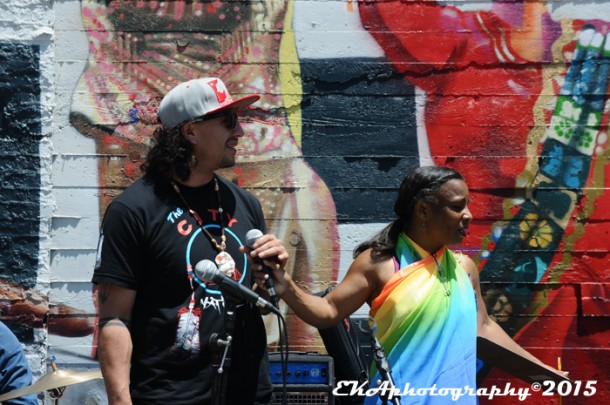 Quite ironically, the parking lot on which the mural is located has been targeted for development — which would forever obscure the mural and eliminate all the ground parking in that lot. Another proposed development, on the nearby parking lot on 14th St., would remove hundreds of public parking spaces, effectively leaving Malonga visitors with few parking options – which could in turn result in a heavy economic toll on the facility, if would-be patrons are unable to attend shows and classes.

This is especially unfortunate and seemingly counter-intuitive to the intent of 14th Street’s recent designation by the Oakland City Council as a Black Arts Movement and Business District (BAMBD). With its long history of cultural education, and multicultural, multidisciplinary performance art, the Malonga Center is an obvious symbol of what BAMBD embodies. Yet representatives of the developer have not offered to retain the parking spaces, while arguing in public meetings that their project adds cultural value to the neighborhood, a statement seemingly oblivious to the role the Malonga Center has played in developing Oakland’s culture since the ‘70s. 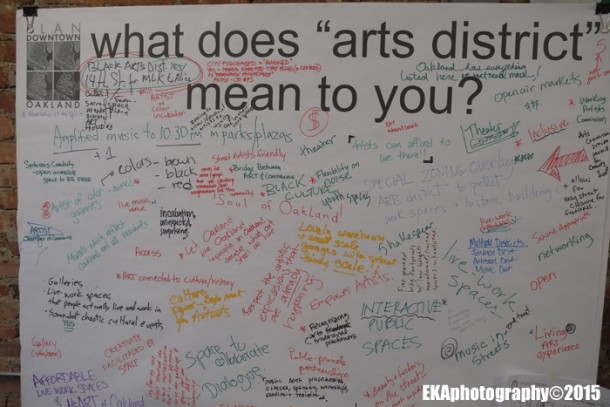 This may seem obvious, but arts districts should feature art.

Also up in the air is the fate of the Alice St. mural. For the past few months, CRP has been negotiating with Maria Poncel of Bay Development around a possible relocation of the mural. On several occasions, Poncel met with CRP Executive Director Desi Mundo. During one such meeting, Poncel gave verbal assurances that her company would cover the costs of recreating the mural at another location. Poncel even reiterated her intention to “help with this mural project” during a recent Planning Commission meeting. Yet Poncel has repeatedly refused to put this commitment in writing, despite numerous requests – which cannot be taken as a sign of good faith.

Poncel now says her friends in the development community have scoffed at the notion of offering so many community benefits, and has gone so far as to question whether temporary art is covered by Oakland’s percent for art ordinance – which is curious, as the ordinance was never mentioned in prior discussions with CRP. (For the record, not only does the ordinance specifically mention “mural decorations,” it also specifically includes “temporary” artworks as eligible for Public Art Program artists’ fees.)

She’s also said her company can’t commit to funding a replacement mural or even writing an MOU until a location is secured, which appears to be a move to stall for time until after the Planning Commission hearing on February 3, at which time the project could be greenlighted, and Bay Development could theoretically proceed with its plans without offering any compensation for the loss of the mural, nor addressing the loss of available parking for the Malonga Center. 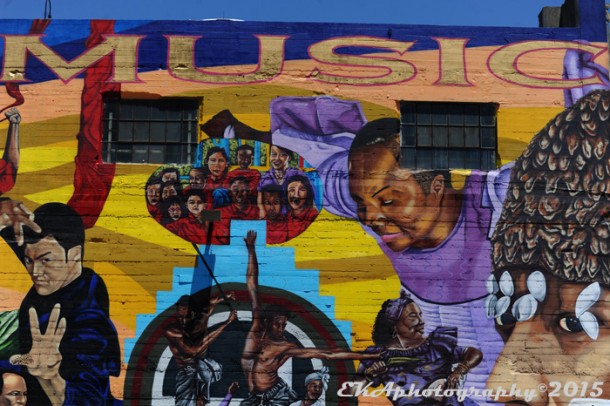 It’s not CRP’s intention to be antagonistic toward Bay Development, nor other members of the development community.  Indeed, the hope is that the percent for art requirement could result in a new era of innovation and collaboration between developers and artists, for the greater benefit of the community. However, the absolute lack of good faith demonstrated thusfar by developers—evidenced by the PLF’s lawsuit, their snarky blog post comments, and Poncel’s apparent disingenuousness—is disappointing, and calls into question whether they have any interest in retaining Oakland’s identity and supporting the arts, as well as the continuation of cultural practices, in an officially-designated cultural corridor (whose naming was spearheaded by Council President Mc Elhaney).

It’s for these reasons that CRP urges concerned members of the community to attend the upcoming Planning Commission Hearing February 3, 6pm, at Hearing Room 1 in City Hall – the last possible opportunity to speak out about the proposed development at 240 Alice St. before it is voted on. (the Planning Commission’s staff report is here ). If you have enjoyed the vibrant display of cultural art showcased in the Alice St. mural or enjoyed a class or performance at the Malonga Center, now is the time to speak out.