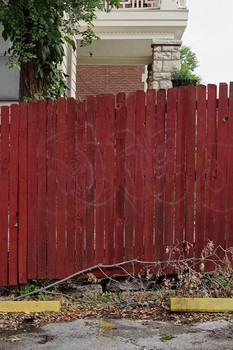 On the surface, Kansas City’s new “graffiti” program is nothing new. But its simple initiatives are far more progressive than Oakland’s recent proposal, which is focussed almost entirely on increasing the financial burden on youth caught for vandalism and their families. Kansas City is passing out paint to community members who want to cover-up unwanted writing themselves. While there are some inherent issues with supporting vigilante buffing (see what just happened in Atlanta), and the potential for legitimate artwork to be destroyed, this is still a low-cost, community based solution. Oakland, on the other hand, has just proposed to increase the penalties for vandalism in a brutal and heavy handed manner. The proposal is especially devious because it adds costs to every component of the process, so each individual increase may seem relatively minimal but the overall cost is crushing. Oakland wants to recover the cost of its attorneys when a vandalism case is won. It will raise graffiti from an infraction to a misdemeanor. The significance of these two components put together is disturbing. It is common practice for prosecutors to pile on several excessive charges that they cannot win, in order to bargain down to a plea agreement. When the plea agreement is accepted, the victim (defendant) will then be responsible for the prosecutor’s salary (which if charged hourly, can also be exaggerated). This is a formula for abuse.  Oakland is no stranger to city government mishandling its power. The city police force is about to be the first in the nation to go into federal receivership for failing to comply with reforms mandated by a federal judge. The city’s building services department was just forced to do a complete reorganization after a grand jury exposed massive corruption. Now Oakland is attempting to balance its budget on the backs of petty criminals while still not demonstrating any meaningful  changes to its illegal practices that have cost the city millions.

Kansas City has included a community mural program in its abatement strategy. The intention is to support legal expression and community transformation as an alternative to vandalism. Oakland’s approach uses terms that appear progressive but don’t pass the smell test. The proposal highlights a “restorative justice” component. However, a recent article by Charles Berkowitz pointed out that Community Works, the organization contracted to provide the restorative justice services, has no experience working with graffiti offenders.

Oakland needs to fund community mural programs as part of a holistic abatement strategy. Juveniles need to be directed out of the criminal justice system and into diversion programs that give them an opportunity to express themselves in a positive manner. Oakland does not need to further criminalize its youth, especially to recover the losses in the city budget resulting from lawsuits from city’s own misconduct.

Kansas City has many creative outlets. Whether it be in the Crossroads district, Midtown or the West Bottoms, there is always a high demand for art and artistic talent. Some of that talent however, has been violated with graffiti throughout neighborhoods, leading to violent and destructive crimes. “To address this gateway crime, the City recently launched aNeighborhood Graffiti Abatement Program that provides the proper tools to remove graffiti,” according to The Kcmore residential engagement magazine.

The program leads free training opportunities on how to teach neighborhood residents to correctly use graffiti removal equipment. Upon successful completion, graffiti removal chemicals and power washers may be rented from the City, at no cost.

The City’s Swap Shop also can be visited to obtain free white or beige paint to cover up the graffiti. Residents are allowed a one-gallon bucket, and a five-gallon bucket to neighborhood associates with a letter from the neighborhood president.

In support of positive reinforcement for graffiti artists, the Kansas City Municipal Art Commission will be designing a mural-based program to direct creative energy for community improvement as part of the Neighborhood Graffiti Abatement Program led by Kansas City’s Gateway Crime Task Force.