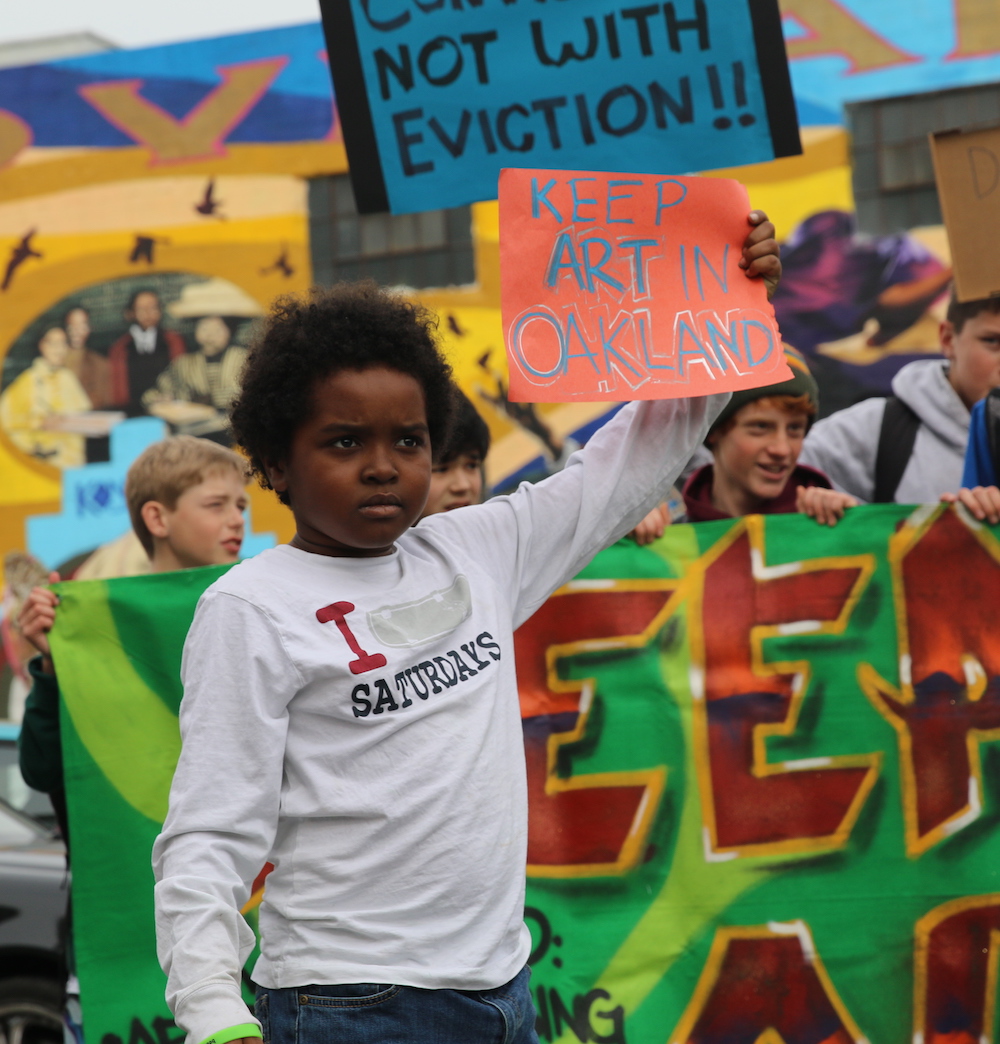 The event, called “Intersections: Alice Street,” offers an opportunity for audiences to view some of the footage to be shown in the “Alice Street” film, witness the cultural resiliency of Oakland’s Afro-Diasporic and Chinese communities, and engage in a discussion which continues themes developed in the film, of how ethnic, oft-marginalized communities respond to historical cycles of gentrification and the threat of displacement. The event is especially timely and relevant with the recent development boom and influx of tech workers into Oakland, which has exacerbated a pre-existing affordable housing crisis and led to spiraling rents. Communities of color, especially those living in priority development areas such as Downtown, are among those facing the biggest threat of displacement, as historic neighborhoods undergo demographic and economic shifts. 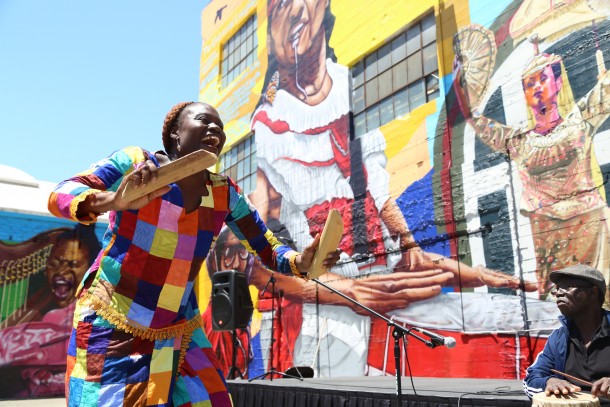 Mundo, the co-Lead Artist on the “Universal Language” mural which became an ironic symbol of both cultural resiliency and displacement during the two years during which “Alice Street” was filmed,  noted, “this is a critical time for Oakland…For myself, I am honored that dialogues that emerged in our research interviews and community engagement meetings are continuing and expanding.”

Mundo went on to quote the late Michael Lange, a neighborhood resident featured in the film, who said,”we are at a crossroads,” adding, “We know that the voice of arts will help determine the direction that Oakland will take. We hope that our film facilitates a space for the conversations to continue.”

Wilkinson explained that more than 50 interviews were conducted with Oakland culture-keepers, community historians, neighborhood residents, and even developers for the “Alice Steet” documentary, which focuses on the Malonga Casquelourd Center for the Arts and the Hotel Oakland as the very symbols of intersection.

“All along the way,” Wilkinson said, “we witnessed artists caught in the crossfire of gentrification. With the backdrop of the painting of the internationally celebrated Alice Street Mural, this film shows how arts and culture empower communities to stay strong in an increasingly hostile environment.” 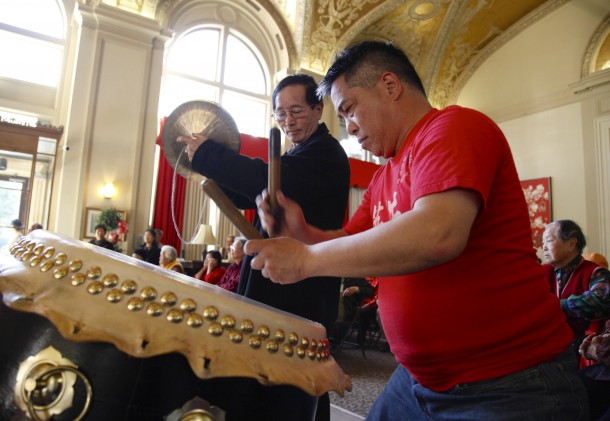 Alex Werth, who curated and produced the event for the Matatu Festival, said, “my goal as a curator has been to highlight how the production of the urban landscape has shaped not only the bounds of our communities, but also their relative placement within systems of inequality that are deeply spatial in nature.  That’s why I’m pleased to present an event built around Alice Street Short.  The film—and the artistic and political campaigns it depicts—deals beautifully with issues weighing on all of our minds and hearts right now: Who and what makes up the fabric of Oakland? How do we value different cultural communities and practices?  And how can we rethink development to make it more equitable and just?”

The short film screening, performances and panel discussion encapsulated in “Intersections: Alice Street” not only offer a taste of what’s to come in the full-length “Alice Street” film, but offer a jumping-off point for dialogue and discussion of issues which are much larger than one Downtown street corner, and indeed, much larger than Oakland itself. The event not only upholds Matatu’s commitment to telling stories – and is in fact the most localized stry in the entire Festival – but also furthers CRP’s innovative model for community engagement, using public art as a vehicle for transformative and positive change. Please join CRP and our esteemed panelists October 13th for what is sure to be a landmark event.