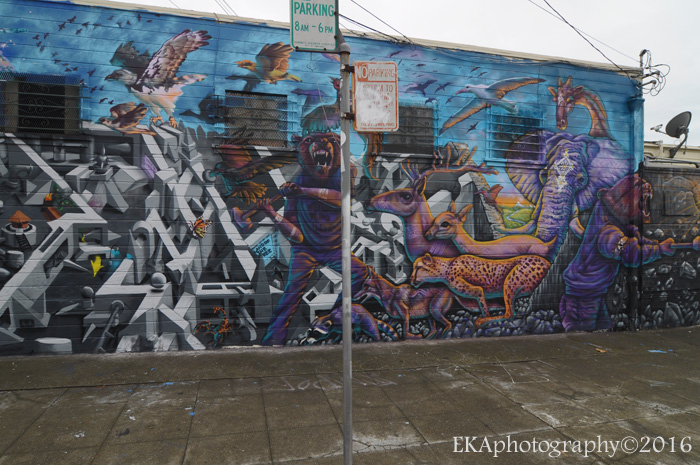 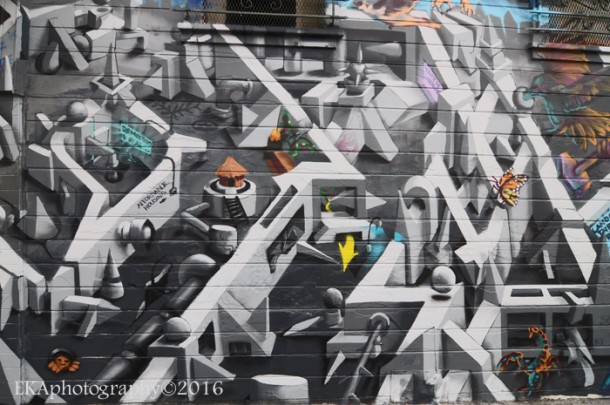 Conceived as a co-partnership between the Los Pobres Artistas mural group and La Peña Cultural Center. BAMF participants also included East Oakland Youth Alliance and Youth Spirit Artworks. The festival enlisted 25 master muralists and 20 at risk youth in a series of artist residencies and workshops, which culminated in the painting of 12 murals along the Berkeley- Oakland border — a map is here. 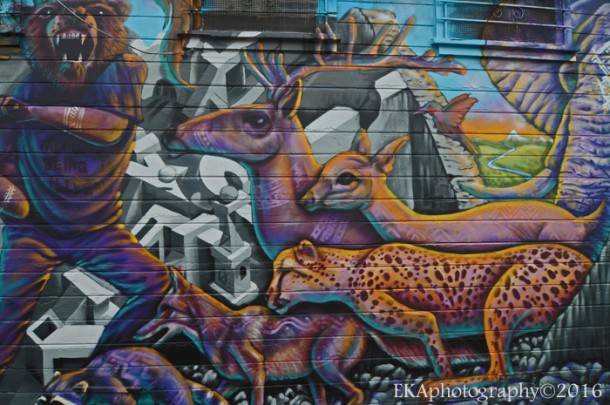 CRP was honored to paint alongside local legends like Juana Alicia and Dan Fontes, who have paved the way for a new generation of mural artists and organizations who have continued to carry the legacy of public art forward and draw attention to this vibrant, and much-needed artform.

CRP’s contribution to BAMF, painted alongside a wall at 59th St. and San Pablo Avenues, embodied themes of nature vs. the prison-industrial complex—hint: nature wins—and was painted by Lead Artists Desi Mundo and Pancho Pescador, along with regular CRP collaborator Grace Chen. For the occasion, Mundo unleashed a new, three-dimensional style which recalled the maze-like line art of M.C. Escher, while Peskador supplied dynamic animal characters who reclaim the land from a stratified, isolated,  and gentrified society where civil liberties have been diminished.

“We salute the concept and execution of BAMF,” Mundo said in a statement. “With as much history as a mural-rich region as the Bay Area has, an event like this is long overdue. It was great to be invited to be part of this event, especially considering its focus on youth involvement, community engagement, and bringing muralists together for a common cause.” 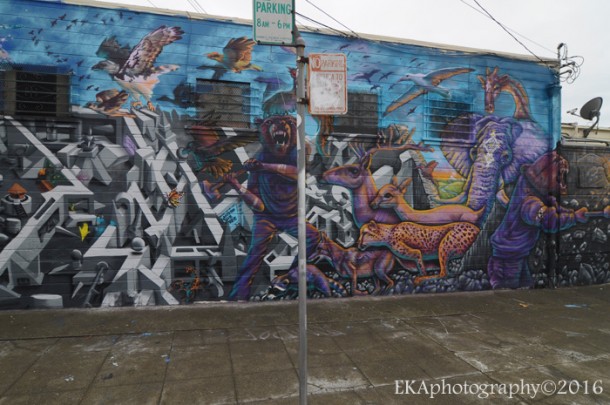 Fontes, who painted a photorealistic tribute to hippie-era Berkeley on a wall located on historic Telegraph avenue, shared that, “The public response to my ‘Love not War’ mural was amazing.  It has become a spot for folks to take selfies and when I was there, lots of old timers came by to voice their enjoyment and support for the mural.” Working with the BAMF team of TBID Stuart Baker and organizer Sarah Lee exceeded his expectations, he added. “They went above and beyond with many project details and connecting me with all the local merchants.” 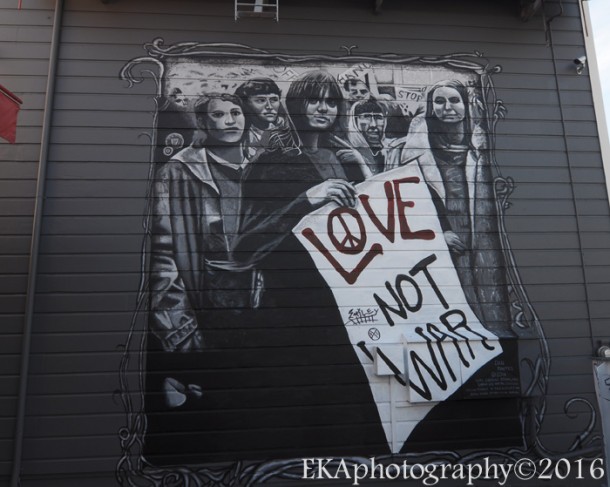 Lee noted the role murals can play in adding value to community life: “Murals are important because they bring art into the public sphere and attract public attention to social issues. They are an effective tool in establishing a dialogue and encourage people to take a step towards solving an issue. Whether it be social emancipation or achieving a political goal, murals give a voice to the often voiceless, they can challenge the effects of displacement and the demands of a global market by allowing us to become actors in our own realities. They can be the necessary catalyst to motivate us to make real change.” 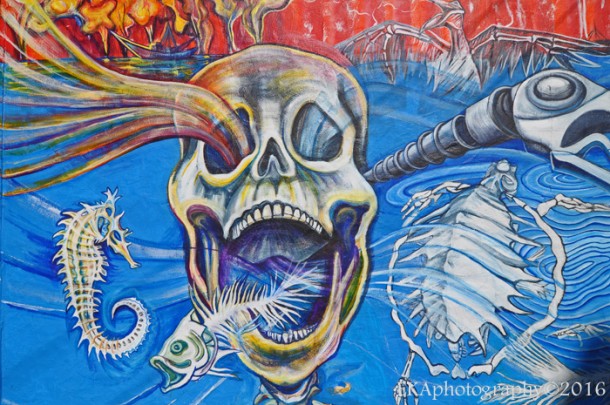 In hosting BAMF, organizers hoped to create several positive outcomes, including the week-long mural festival, as well as paid apprenticeships for minority youth, and a month-long development and arts training process via arts residencies with new arrival youth. The proceedings included lectures by Emory Douglas, Susan Cervantes, Alan Laird, and Susan Greene, while a range of local businesses contributed in-kind donations to the muralists and youth, embodying the community-friendly spirit of sharing. 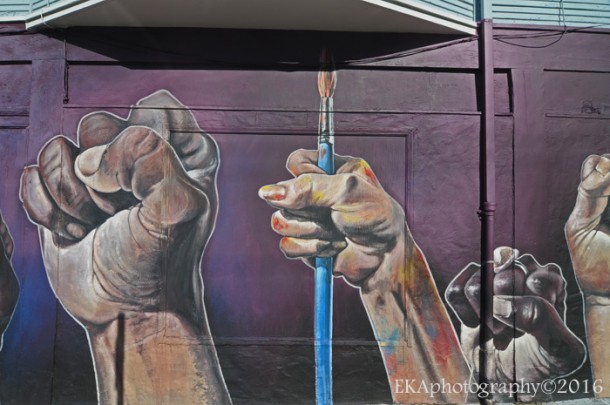 Not only were the hoped-for outcomes realized, but BAMF also succeeded in transforming the visual landscape of the Berkeley-Oakland border, including neighborhoods which have been severely impacted by gentrification and the resulting loss of cultural diversity. All in all, BAMF represented a win for muralists, youth, and neighborhood residents, and may become an annual event.