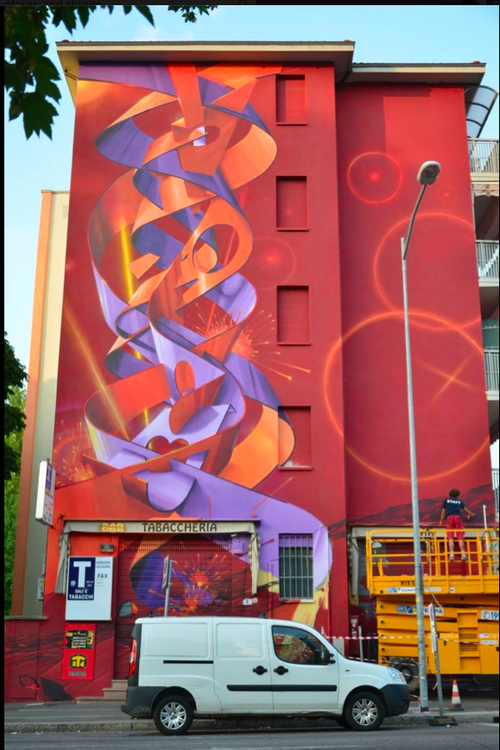 DADO is truly a special artist with a deep history. One of the original aerosol writers in Bologna, DADO and partner RUSTY had a major impact on Italian writing culture. DADO built a strong relationship with aerosol pioneer P.H.A.S.E.2 and studied the original history of writing. P.H.A.S.E.2 had a powerful impact on DADO’s style which you can see reflected in the complexity of DADO’s work. DADO recently hosted CRP artists Desi W.O.M.E and RELEASE, who were in Bologna to create a new work for P.H.A.S.E.2. DADO represented Bologna and Italy to the fullest and left a great impression of the city, the country and its writers on CRP. We are proud to bring you this interview with DADO conducted by Global Street Art 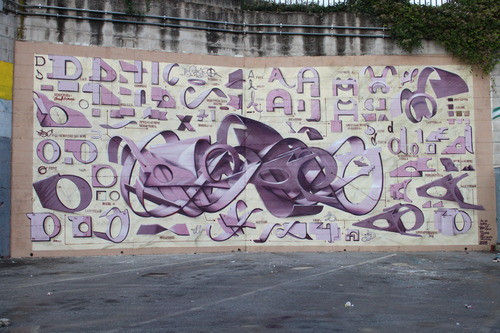 Northern Italy is well-known for the refined quality of its aerosol writing, unlike the south which is better known for its more hardcore bombing scene. Dado (meaning ‘dice’ in Italian) is a great example of the refinement that takes years of dedication. His smooth ribbon-like forms look like they could float from the walls they’re painted on! His attention to the effects of light on shapes is staggering and our interview has been a long time coming! 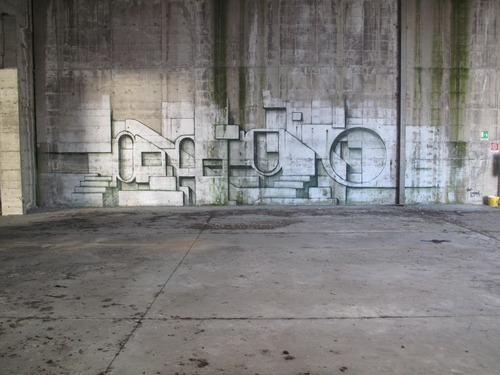 I started to write my name with markers when I was twelve; I liked to draw on my school diaries. At the time, in Italy, we didn’t know much about the existence of writing. I started writing in 1988 when I was 11. My sisters gave me the name Dado. Over time, friends in my neighborhood knew me as Dado, so, I kept this name. It translates into English as “dice” but for me, the meaning my name has acquired over the years is “the dice game” (it matches my cultural and artistic growth).

My art has always been to write my name on walls. Even my other artistic developments have come from the study of calligraphy in the context of hip-hop culture. I started painting because I saw writing on the walls in my neighborhood and I immediately decided to buy spray paint. I participated actively in the Italian writing scene in the 1990s. 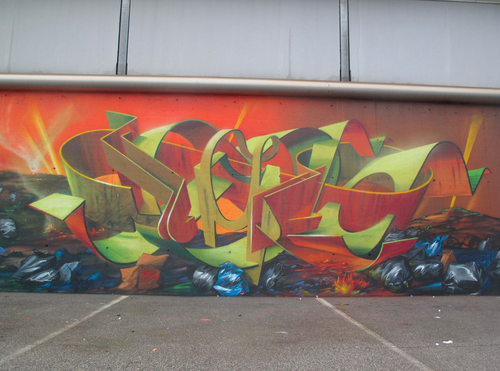 The scene in my city Bologna is closed. Personally I’ve never had the chance, except for recent years, to show my art outside Italy. On the contrary many foreign writers have come to Bologna to paint.

My artistic background is based on all the styles and attitudes in the discipline of writing – all styles are useful to learn. I have worked in various ways, from bombing, to wild-style, to commissions. I see the discipline of writing as researching style through the design of your own calligraphy. My teacher is Phase2 (see the photo below for a piece we painted together in 1998).

Writers are concerned with handwriting and letters. I see a lot of signs, symbols and details in writing that describe parts of human nature. Writing is a noble discipline because it allows introspection into ourselves. My research started with the study of the letters, such as New York Style, and evolved to seek forms in Wild Style until the late 90s. Then, I started to take all my pieces in 2D and tried to solve them in 3D. In my letters and pieces I look for melodic shapes as if they are dancing within the calligraphy.

I studied art formally for around 10 years, first at art school in Bologna (Italy) and then at the Academy of Fine Arts in Bologna, covering painting, sculpture, design, art history, visual arts, architecture, decorative arts and other fields too. 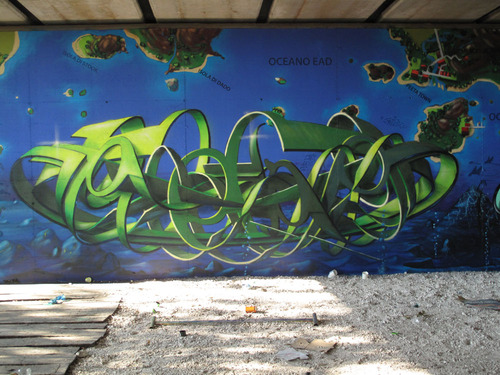 In the past few years, I did exhibitions with aerosol writing on canvas to express the poetic part of the writing, even with sculptures to represent writing in 3D.  I’ve had many artworks commissioned by private collectors.

For many years, I’ve worked and still now I continue to collaborate with institutions (municipalities and regional institutions, universities and schools), sharing my experience and my artistic growth, showing that writing as a discipline is not just a simple act of vandalism. 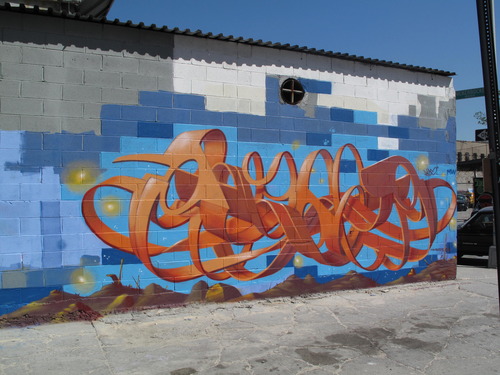 In my opinion, Street art and Writing are two different things. Writing is a discipline of Art. Street art is a form of Art. The only thing they have in common is that they occur on the street because they are “arts of protest”. They are substantially different in the attitude with which they operate and the subjects they deal with. Writing as an artistic discipline is self-referential; it’s based on the writing your own name. Writing is how a man communicates his name, and it’s the way in which the individual “identifies” himself within the [aerosol] social system. Through the study of writing and its units (the letter), writing reflects human nature and the individual [writer]. Street art is made to move the social consciousness of the people. Street art allows artists to complain and highlight social issues.

I have painted in every city in Italy and in a lot of European cities too (e.g. in Germany, France, Holland, Spain). I’ve also painted in New York and Hong Kong. My experiences in other countries have always been very positive and have helped my artistic growth. Comparing yourself to and understanding the work of other artists helps you grow. 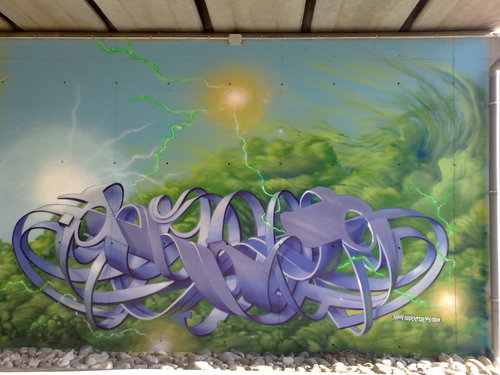 In Bologna and generally in Italy, there are a lot of legal spaces where I can paint and I also paint commission murals. This year me and my group organized “Frontier” festival (http://www.frontier.bo.it) in collaboration with the Municipality and the Urban Design Department of Bologna (IT) and private companies. “Frontier” is a project where we have called on several Italian and international artists to create an “open-air exhibition” and at the same time impact on urban design.

My current plan is the study of great walls, as a part of ancient cathedrals or old buildings, reinterpreting all their ornaments (paintings, architectural elements, etc.) through writing as a new way of designing.

My plan for the future is to succeed to express my thought, Writing as discipline, and my interpretation of it through my art, around the world.