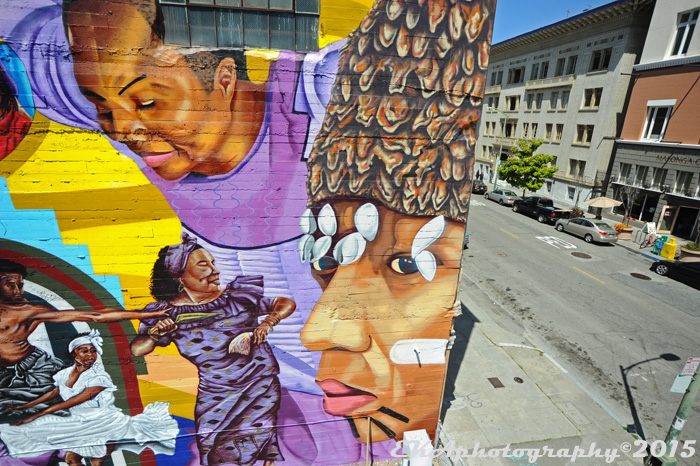 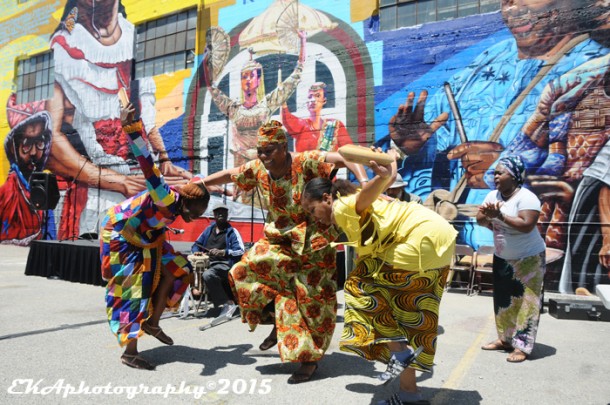 This past July, the Building Industry Association of the Bay Area (BIA) – a developer’s club, whose members includes realtors, construction companies, mortgage lenders, and building manufacturers—joined forces with conservative legal activists Pacific Legal Foundation (PLF) to challenge a recent Oakland public art ordinance. The PLF filed a lawsuit on the BIA’s behalf in federal courts, alleging Oakland committed a civil rights violation in enacting the ordinance, which expands current percent for art requirements to private (1%) and residential (0.5%) developments (previously, all public developments were subject to a 1.5% fee). Developers essentially claimed public art was not in the public’s best interest, specifically citing the Fourth Amendment —generally understood as the right “against unreasonable searches and seizures”—and the First Amendment—which guarantees the right to free speech and freedom of expression.

Reaction to the lawsuit was somewhat predictable: artists and art advocates decried it as an example of corporate greed by the 1%, legal experts said the litigation challenged established precedent, and development advocates claimed it was a necessary step, because the assessment of additional fees hurt profits.

At face value, the lawsuit might seem frivolous, and a bit surprising—there are more than 300 currently-existing percent for art programs in the United States. However, such pushback appears to be part of a carefully-considered, long-term strategy by developers to maximize gentrification acceleration without giving back anything in the way of community benefits. As land associate Alex Ludlum told the SF Business Journal, the lawsuit represents “a preemptive strike against the current administration,” whose goal is to put the kibosh on further expansion of development fees. As Bay Area News Group reported, building costs are about the same in Oakland and San Francisco—which has had a similar ordinance in place since 2012—yet SF’s development revenue is double that of Oakland.

Yet this seems like crying wolf when one considers that Oakland is experiencing a development boom which has seen rents and home prices rise by as much as 300 percent in the past two years, which has yet to peak—and has already displaced individual artists, art galleries, and arts organizations.

New construction in the Oakland metro area has been projected at $5.7 billion by 2019; that could mean upwards of 25 to 50 million dollars invested into the arts through percent for art requirements. To put that into perspective, that amount would pay for as many as 200 full-scale murals, cover the cost of 83 public installations similar to the 20th St. BART gateway, or fund as many as 1,400 community festivals the size of the Malcolm X Jazz Arts Festival – each and every year.

Coincidentally (or not), the BIA lawsuit comes at a time when Berkeley is considering a similar percent for art ordinance, which would expand developers’ fees to pay for public art projects, similar to what Oakland, SF, Emeryville, El Cerrito, Palo Alto and San Jose have done. As Berkeley Civic Arts Commissioner Jennifer Lovvorn told Berkeleyside, “it’s a pretty normal type of requirement… we’re not breaking any new ground here.” A draft ordinance has already been approved by the Berkeley City Council, and could be formalized this fall, after a public hearing and further adjustment by the Planning Commission.

So why did developers choose Oakland, and not Berkeley, to test the constitutionality of percent for art requirements?

Besides the expected windfall from Oakland’s real estate and development boom, one reason could be the cozy relationship developers have with the current administration. After all, Mayor Schaff not only reportedly intended the ordinance, drafted with little community input, to be “pro-developer,” but she is presumably in good graces with developers, who paid almost $90,000 for her inauguration last January through a “dark money” 501 (c.) 4, as reported by the East Bay Express. 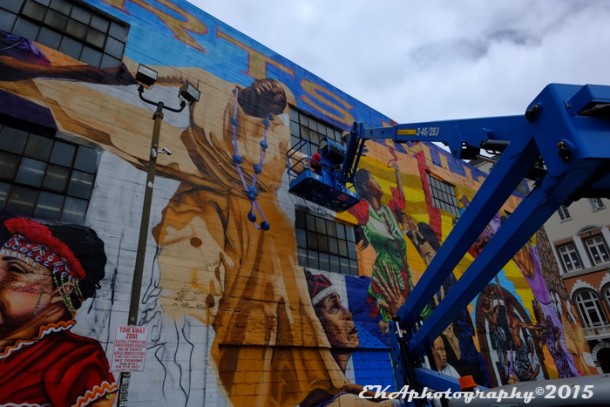 The Alice St. Mural in progress

Another reason could be that Oakland, unlike Berkeley, does not have a Civic Arts Commission, so there may have been a presumption that arts advocacy among city staff was weak. Oakland’s CAC was defunded during the Dellums administration; reportedly, several efforts by his successor Jean Quan to revive the CAC were not prioritized by the City Council and never made it to the action item agenda. It’s worth noting that the proposed Berkeley ordinance gives the CAC authority to “in recommending art selection, expenditure of any funds, and other art related matters.”

The Oakland ordinance, on the other hand, does not currently call for any civic or community oversight, and essentially allows developers to become curators of any onsite art commissions, excepting those which fall under the “in-lieu” provision—which go to a Public Art Fund administered by the city’s understaffed Cultural Affairs Department.

Not only does the lawsuit provide a rallying cry for artists to actively organize against it—an effort being led by the Oakland Creative Neighborhoods Coalition—but it also offers Oakland’s arts supporters an opportunity to revisit the original ordinance, and argue for revision in favor of greater community involvement and oversight. 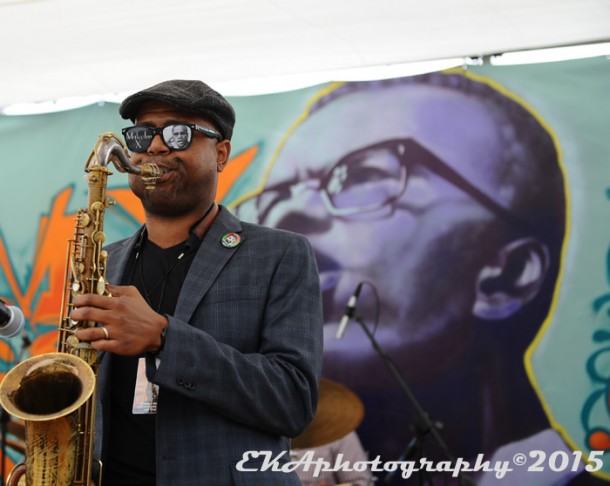 In a city where the arts are often given credit for spearheading Oakland’s economic and cultural renaissance, paradoxically, the arts is economically underserved. The $1.5m the city spends annually on abating tag vandalism represents more than 150% of the entire 2015-16 Cultural Arts Fund; some CAF recipients had their grant awards slashed by as much as 31% this year, due to a swollen applicant pool compared to years past.

Despite the proliferation of tagging and blight, particularly in low-income flatland neighborhoods, an anti-blight mural fund created in 2013 has remained largely untouched, with only 3.5% of the $400,000 allotted commissioned as of May 2015; several Councilmembers have yet to issue RFPs for these projects, and in the Districts which have put out a call for proposals, artists have reported that Council staff have either been uncommunicative, or contradicted requirements set forth by other Districts—creating a very muddled, unclear path for the greenlighting of projects intended to beautify blighted areas. 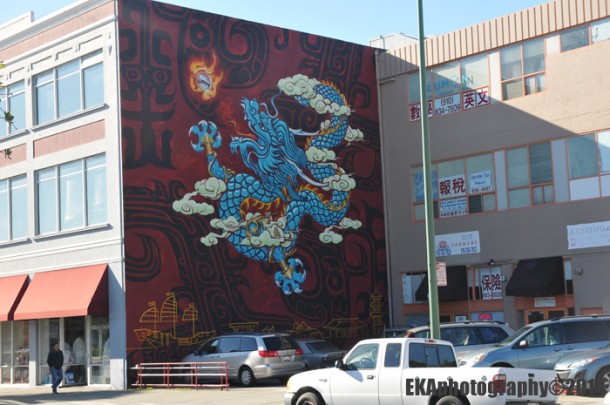 All of which is to say, the tens of millions of dollars which could be generated annually by the percent for art requirements would be welcomed by the creative community. Indeed, a renewable source of funding 25 to 50 times in excess of the level the city currently funds the arts at could be a complete game-changer, establishing arts districts all over town, deterring blight in tagging hotspots, seeding collaborative community-oriented projects, and helping to sustain creative endeavors in a city where gentrification is running amok and artists are being displaced left and right. Ostensibly, the percent for art fund could even be used to reestablish the CAC, and bring some sanity and administrative direction to how the city currently interacts with its artists.

If the issue comes down to excess profits by fat-cat developers vs. artists being able to eke out a living with a bit more certainty they won’t be displaced, it should be a no-brainer to choose art – not just for art’s sake, but for the betterment of the community.