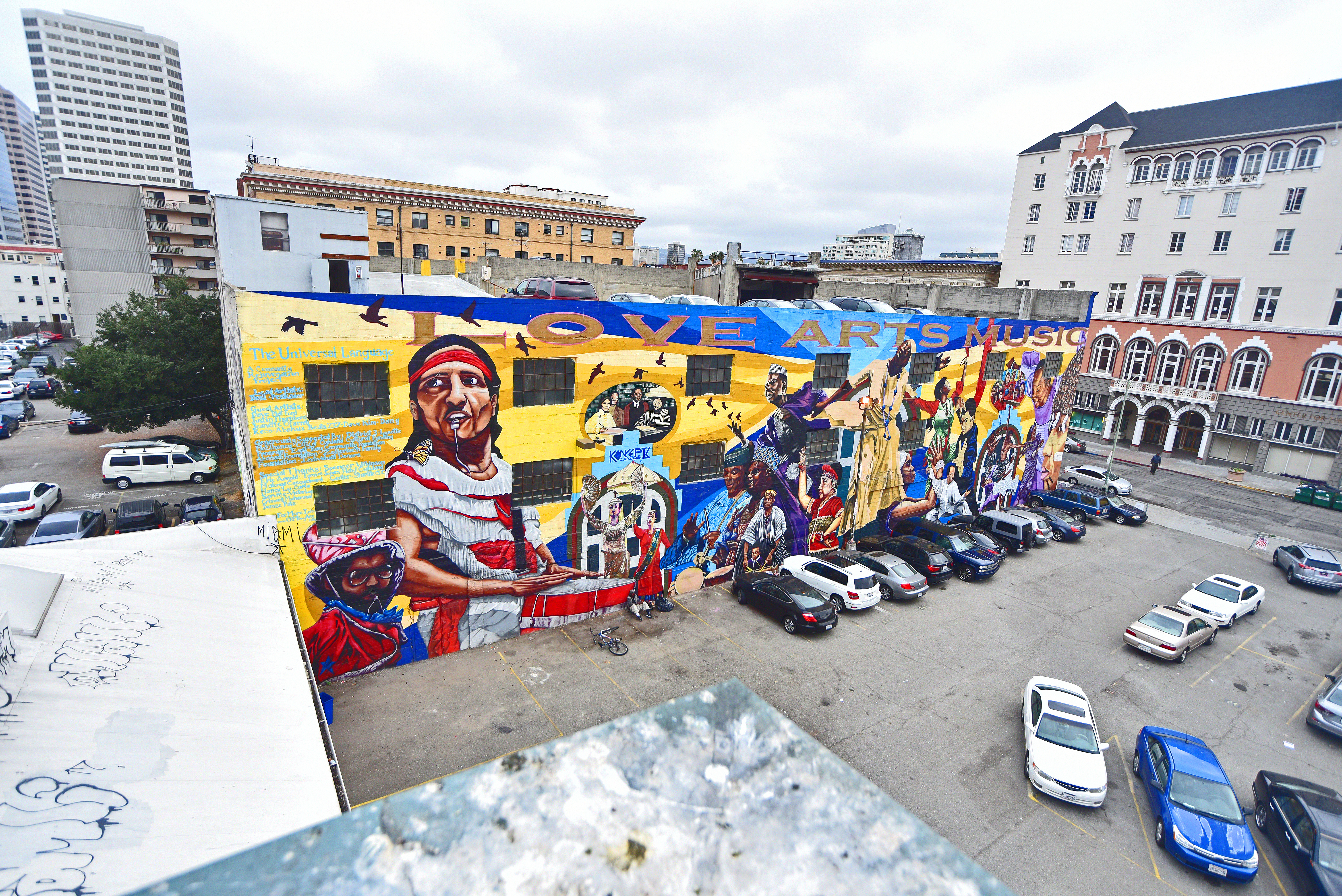 CRP’s “The Universal Language” exemplified the connection between public art, culture, and community.

If you’ve been in and around downtown Oakland recently, you may have noticed the area has become proliferate with murals — even though one of Oakland’s most iconic downtown works of public art, CRP’s “The Universal Language,” has been obscured by a new high-rise ).  For most people, this is a good thing: visible art makes downtown seem friendlier and more vibrant, while offering an array of (mostly) local artists, in a dizzying blend of various styles and techniques.

This past August 21, the U.S. Court of Appeals for the Ninth Circuit quietly settled a controversial lawsuit — one which threatened public art programs across the country. As CRP previously reported, the lawsuit, filed by the Pacific Legal Foundation on behalf of the Bay Area branch of the Builders Industry Association (a consortium of developer industry types), took aim at Oakland’s Percent for Art ordinance, which requires that new development pay a percentage of development costs to create public art.

“Had the lawsuit been upheld, a decision in favor of the litigant could have effectively negated every similar ordinance in the United States”

The BIA argued that Oakland’s ordinance violated the First Amendment rights of developers against participation in “compelled” speech. The lawsuit also claimed the ordinance amounted to illegal seizure of the developer’s property (even though the Oakland ordinance allows for both offsite and in-lieu contributions) — a claimed violation of the Fifth Amendment. 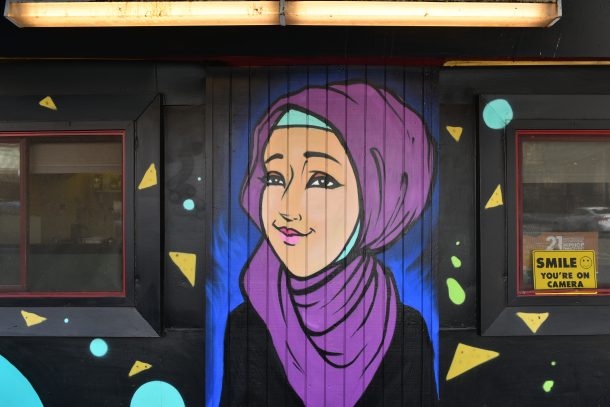 At face value, this logic seemed strained. In Oakland’s ordinance, the developer can choose the art and the artist, and isn’t even required to have community input (though CRP suggests they do). Yet had the lawsuit been upheld, a decision in favor of the litigant could have effectively negated every similar ordinance in the United States

However, the lawsuit was defeated — not just once, but twice. In February of 2018, San Francisco district court judge Vincent Chhabria dismissed the lawsuit. Specifically, the judge found that the “takings clause” of the Fifth Amendment did not apply in this case, citing the U.S. Supreme Court. The judge also didn’t buy the alleged First Amendment violation, either, ruling that “the ordinance does not require a developer to express any specific viewpoint, because developers can purchase and display art that they choose.”

A community-benefit agreement with the developer of this project will direct the Public Art fee toward Oakland’s Malonga Center. for capital improvements

Undeterred by this legal smackdown, the bloodied but unbowed BIA simply refiled the suit in the Ninth Circuit’s Appeals Court, hoping to find a sympathetic judge. However, that didn’t happen; instead it was deja vu all over again, as the second court mirrored the decision of the first. The most recent court ruling stated, “We find that the Ordinance conditions, which merely regulate how developers may use their property rather than forcing developers to cede property rights to the city, do not facially amount to a taking … [and] given that the Ordinance as a whole preserves wide latitude and flexibility for developers, we decline to hold that it necessarily ‘compels’ speech.”

In other words, two separate courts found the lawsuit to be entirely without merit.

News of the Appeals court ruling passed with little fanfare, unlike the original lawsuit (filed in July 2015), which generated stories in local media and even the Americans for the Arts/ National Art Marketing Program blog, which noted, “there are 200 public art ordinances in the United States. Construction firms throughout the nation are monitoring the lawsuit and its outcome.”

The court ruling likely marks the end of the building industry’s challenge of public art ordinances in Oakland and elsewhere, but is unlikely to mark the end of lawsuits by the Pacific Legal Foundation, a right-wing organizations which has previously attempted to litigate against the Clean Water Act, the Endangered Species Act, and other legislation centered around racial, social, and gender justice. But for now at least, the courtroom crosshairs are no longer sighted on public art in Oakland. 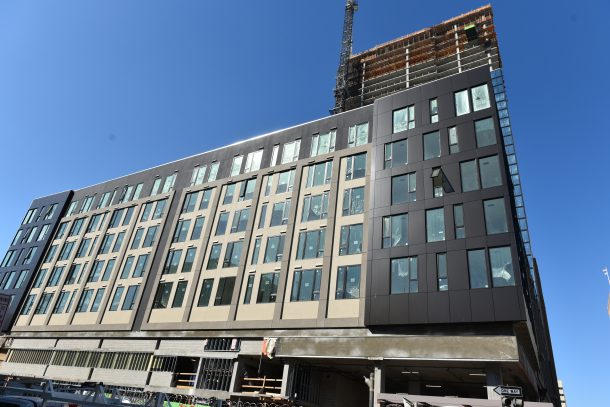 New developments in Downtown can direct their Public Art contribution to cultural institutions.

While Oakland’s public art ordinance is not perfect, most would agree that it does improve the aesthetic quality of a neighborhood and can increase property values, as judge Chhabria noted back in 2018. The ordinance has also been used as a vehicle to deliver community benefits; last year, CRP Communications and Policy Director Eric Arnold worked with Council District 3 Chief of Staff Zac Wald to amend the ordinance, to allow for offsite capital improvement contributions to City-owned institutions. As a result, developer contributions to help renovate the Malonga Casquelourd Center for the Arts’ aging building and theater, negotiated as part of community benefit agreements, have been secured and will actually be directed for that purpose.

Now that the lawsuit has been firmly settled, it’s perhaps time to look at proposing another amendment to the Ordinance, one which would allow for offsite in-lieu contributions to neighborhoods adjacent to new development, within a reasonable distance. (While CRP has proposed this before, a moratorium was placed on any further amendments to the Ordinance while the lawsuit was pending.)

The goal here would be to seed neighborhood mural projects by local artists–which would mitigate blight and tagging, beautify the urban landscape, offset the oppression of high-rise buildings, and promote the development of cultural districts, art walks, and cultural tourism by increasing the sense of “destination” associated with any particular place. 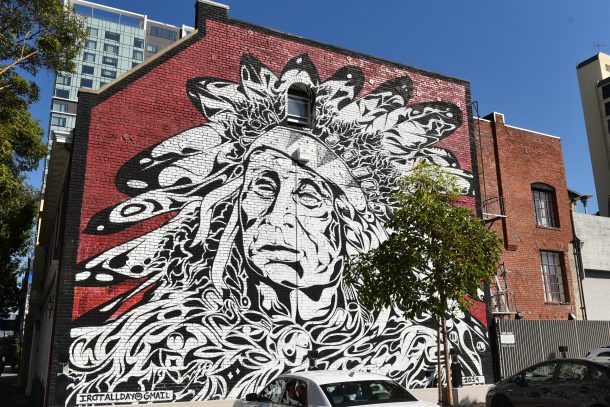 this mural by Irot establishes downtown as a cultural district.

So while there is no shortage of new developments going up in Oakland for the foreseeable future, one positive is that we could see even greater occurrence of public art in the Town.