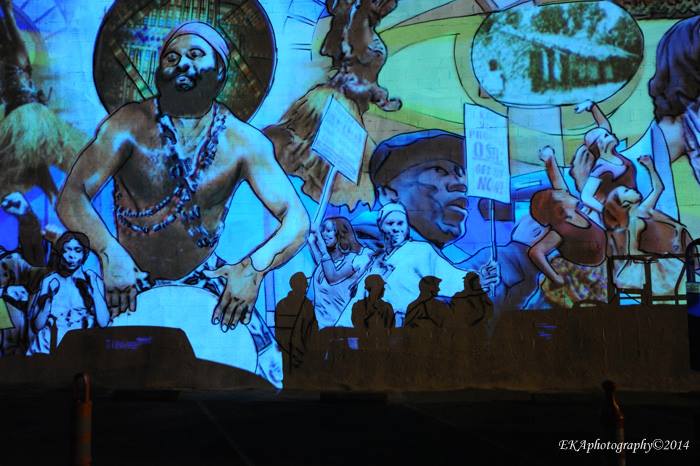 crproject
CRP Blog & Updates
For Immediate Release: July 8, 2014
(Oakland, CA) — The Community Rejuvenation Project, an Oakland-based non-profit organization specializing in community murals, proudly announces Phase I of the Alice Street Mural Project, which runs from July 2 -Aug 3rd, 2014. This mural project will encompass painting three large walls surrounding the parking lot at 1401 Alice Street (opposite the Malonga Casquelord Center and facing the historic Hotel Oakland.) The walls cover an approximate surface area of 2500 ft., and have been repeated targets for blight and tag vandalism prior to the mural’s commencement. 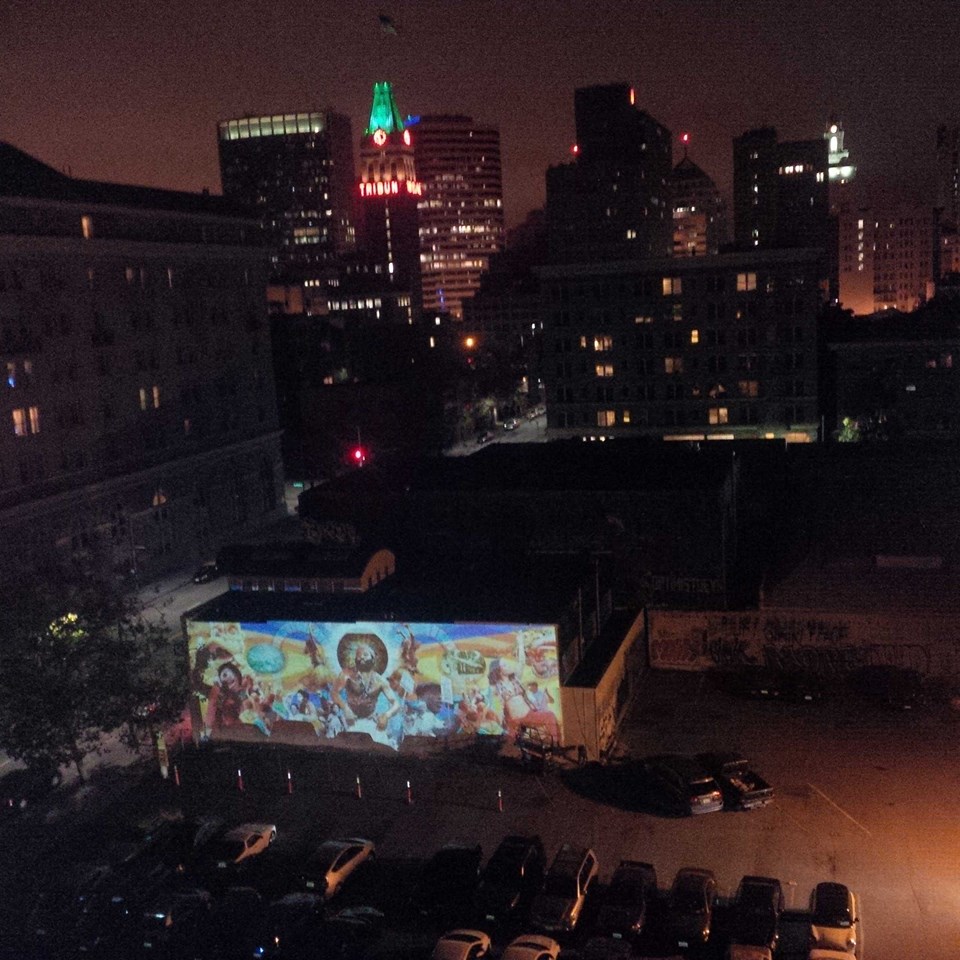 The view of the mural projection from the top of the Malonga Casquelourd Center. Photo by Theo Williams.

The mural design incorporates historical figures and events, cultural icons such as Malonga Casquelord and Jerri Lange, local historian Roy Chan, and neighborhood residents.”The Alice Street mural design represents a fusion of the past, present and future communities of this particular neighborhood, with placemarking and holding the space for current communities to remain in the face of historical displacement and ongoing gentrification,” said CRP Executive Director and co-lead artist Desi Mundo. “Additionally, this mural creates an institutional memory for this important intersection at the heart of Oakland’s downtown, establishes a connecting link between the Afro-Diasporic and Chinese-language communities, and will serve as an important reminder of Oakland’s cultural diversity for years to come.”
District 3 City Councilmember Lynnette Gibson – McElhaney added, “When this wall was covered with tagging, it was a bruise amongst the beauty of this unique downtown neighborhood. I am incredibly excited that this location will be beautified and abated with creative energy from young people and local artists!” 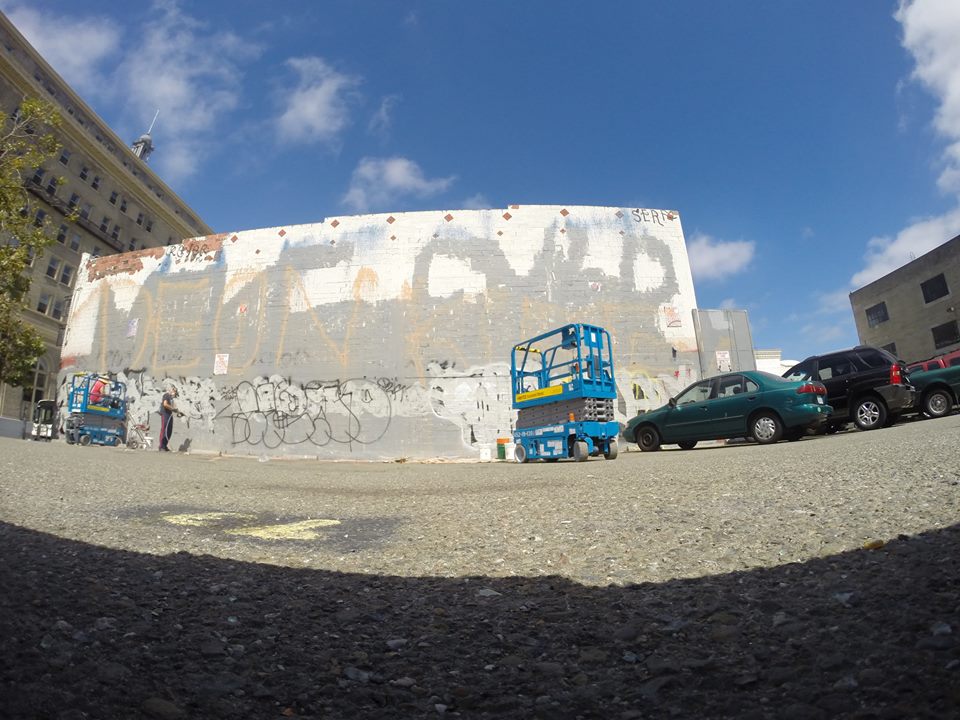 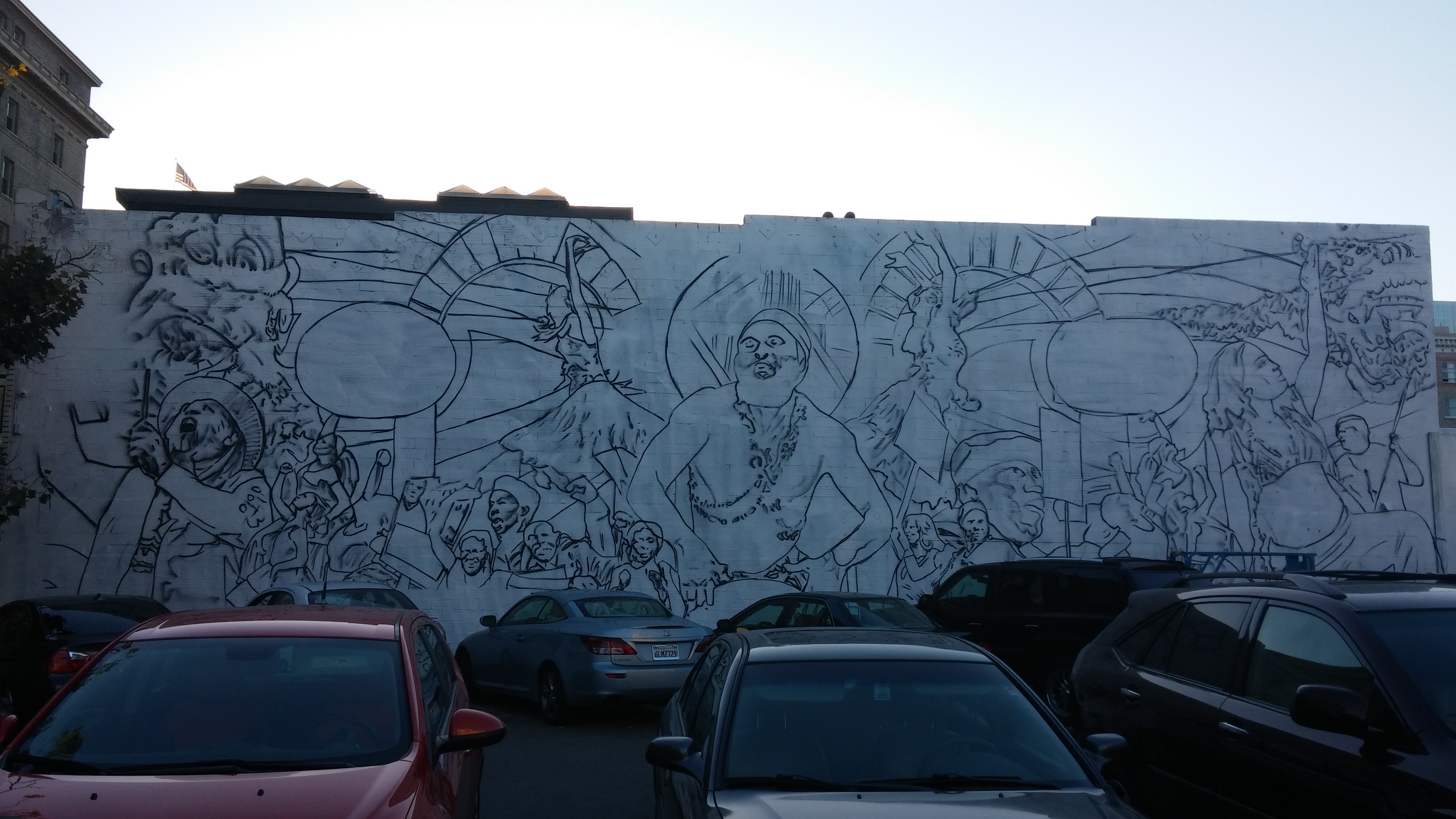 The design after projection. Photo by Desi Mundo.