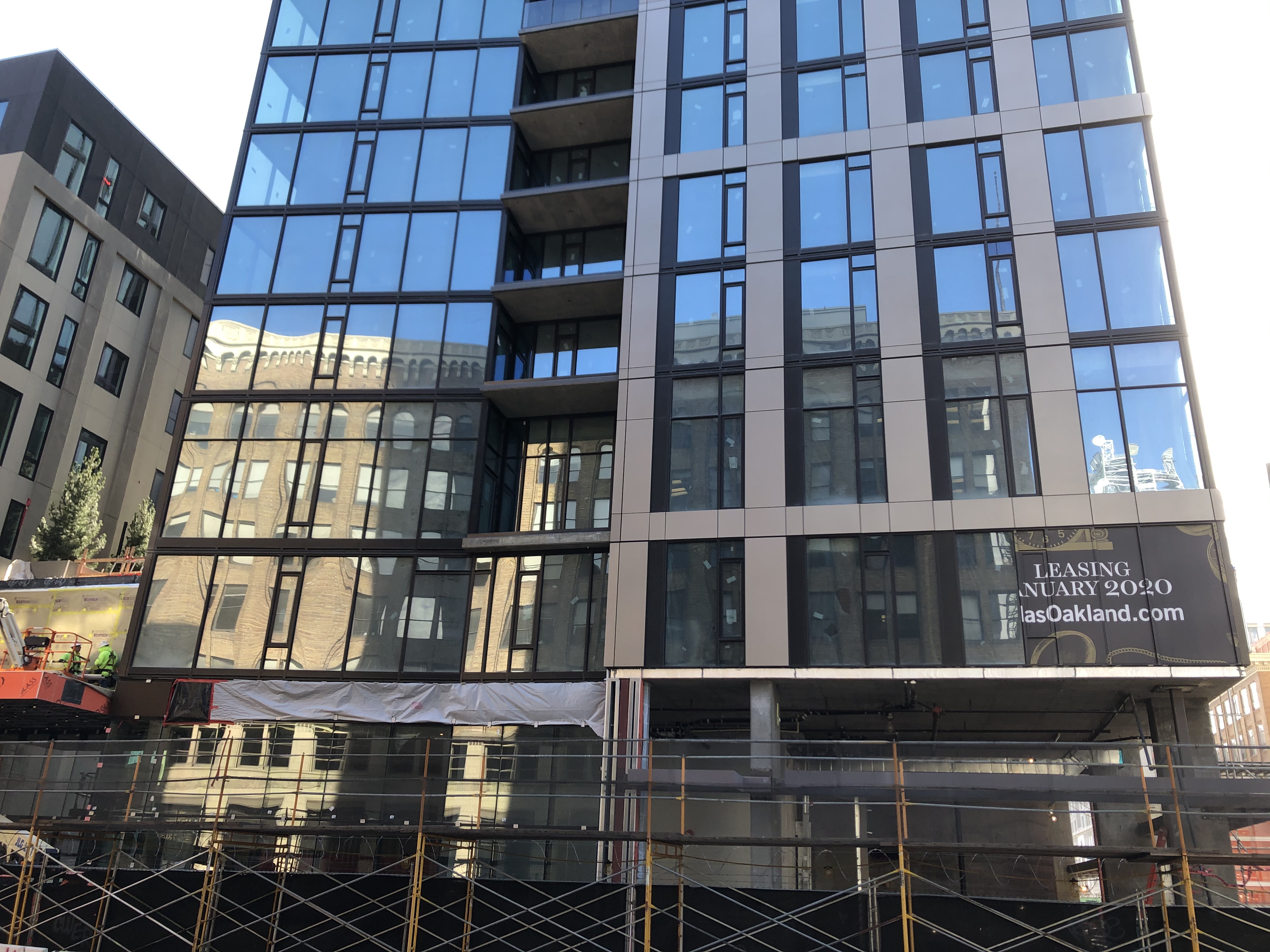 This past February, the City Council formally approved the Commission and appointed 11 new Commissioners from various cultural backgrounds, including Theo Williams of SambaFunk, Roy Chan of the Chinatown Oral History Project, Michael Orange of MATATU, Jennifer Easton of Art on BART, Vanessa Whang (researcher and co-author of the Cultural Plan), musician/educator Kev Choice, and arts/philanthropy consultant Diane Sanchez, who will chair the Commission.

It’s worth noting that the reconstituted Commission is the result of community pressure; specifically from the Oakland Creative Neighborhoods Coalition, who made it an agenda item back in 2014-2015, along with the hiring of a Cultural Affairs Manager, and increased City investment to its Cultural Affairs Department.


When Oakland last had a Cultural Affairs Commission, Jean Quan was mayor, the Warriors still played at Oracle Arena, and widespread displacement had yet to take effect

The return of the Commission comes at a time when the stakes are significantly higher for the arts and culture community in Oakland.

What’s changed since 2011? Almost everything.

When Oakland last had a Cultural Affairs Commission, Jean Quan was mayor, the Warriors still played at Oracle Arena, and the development boom and resulting displacement of longtime residents had yet to take effect.

The city was in the early stages of gentrification, which had yet to reach critical mass; West Oakland’s cultural identity was still predominantly African American. Public safety was the biggest hot-button issue, and gang injunctions in North Oakland and Fruitvale were a topic of considerable controversy.

Back then, Oakland was largely viewed as a subsidiary of San Francisco when it came to arts and entertainment, and not a driver of culture in its own right. The buzz-worthy Art Murmur was just beginning to attract outside attention. First Fridays was still in its nascent stages — yet there were already complaints from people of color involved in the cultural sector of intentional exclusion from what people were calling a cultural “renaissance.”

Nine years ago, Oakland still had a Redevelopment Agency — which was how the city was able to fund affordable housing, as well as anti-blight murals. In fact, in the years since the closure of this agency both locally and statewide, the only significant City-funded allocation for anti-blight murals came in 2013, when CRP led a coalition of public artists to secure $400,000 in funding for public mural projects in high-blight locations. (A similar fund totalling $100,000 was approved in the FY 19-20 budget, but was rescinded by the City Council before any of the funds had been spent.)

The City’s failure to adequately build affordable housing while simultaneously greenlighting a plethora of market-rate developments — a large portion of which avoided paying impact fees — created a scenario in which homelessness has become an epidemic, displacement has replaced public safety as residents’ top concern, and low- and middle-income residents are being pushed out on a daily basis.

In 2015, artists were identified in a City survey as among the highest at-risk groups for displacement, and non-profits and small businesses have also suffered major attrition. The African American population has continued to decline at a higher rate than any other demographic; income inequality has also impacted Black Oakland disproportionately. The downtown skyline has become littered with dozens of shiny new high-rise buildings, rents have risen as much as 80% in formerly low-income neighborhoods, and parts of West Oakland are unrecognizable compared to a decade ago. The lack of affordable art spaces has been cited as a factor in 2016’s Ghost Ship fire, which resulted in 36 deaths and a high-profile legal trial.

Currently, there are more applicants for the city’s Cultural Funding Program than ever before, yet funding has remained basically flat and hasn’t kept up with demand. The department remains woefully understaffed, and those who do receive grants often have to navigate mountains of bureaucratic red tape and/or wait inordinate amounts of time to receive funds.

The City also formally approved its first official cultural district, the Black Arts Movement Business District (BAMBD), in 2016, but has yet to disburse a single penny of funding for it four years later. Another potential cultural district, Arts and Garage (AGD) in Uptown/KONO , went through a laborious two-year process of engaging community and working with City officials to develop guidelines — only to have their plans scuttled by one phone call from a prominent developer, according to AGD spokeperson Hiroko Kurihara. Since then, several art spaces in AGD and Uptown have been priced out, and the city has yet to implement any zoning policies which could offer some protection for art spaces and non-profits.


Without additional investment in Cultural Affairs, more than 40 of the DOSP recommendations may never be implemented

The good news? Oakland nightlife is booming with bars, clubs, and restaurants. Some art spaces, like Betti Ono, have managed to stay the course. Others, like the Vessel Gallery and Rock Paper Scissors, have found new homes after being displaced. Annual events like the Black Joy Parade and BAMBDFEST have brought melaninated vitality to downtown. There are scores of new murals in downtown and Jack London Square. And a new cultural institution, the Museum of Jazz and Art (MoJA), may soon join OMCA and AAMLO.

There’s room for some optimism in the City’s aspirational, equity-focused policies — which offer a glimmer of hope but have lacked concrete implementation steps. Oakland established a Department of Race and Equity in 2016, the same year the Mayor’s Task Force outlined strategies for cultural preservation. In 2018, the Cultural Affairs Department issued Oakland’s first Cultural Plan in 30 years. The Plan called for a Cultural Equity framework — echoing a CRP blog post from 2015 — and collected crucial data on the cultural economy.

Last year, the City released a public draft of the Downtown Specific Plan (DOSP) — the first such Plan to include a Racial Equity Impact Assessment — which also contains numerous culture-keeping strategies, including the development of an as-yet-undefined Cultural Districts Program.

However, most of those strategies would require substantial financial investment in the Cultural Affairs Department and capacity the department currently doesn’t have. Without additional investment, a great number of the DOSP recommendations — specifically, the 40+ which promote cultural equity and preservation — may never be implemented.

Clearly, the newly-appointed Commission has its work cut out for it — and then some.

Community needs — for more arts funding/investment overall, the implementation of cultural protection policies, and equitable economic development in the arts and culture sector — are apparent. It’s also evident that the Cultural Plan’s cultural equity framework requires solid implementation steps as well, as do the recommendations of the Mayor’s Task Force and the culture-keeping strategies in the DOSP. Securing funding for Cultural Affairs is key because so much else rests on that. At the top of the Commission’s priority scale should be leading a big push for reallocation of the Transit Occupancy Tax, to “rightsize” Cultural Affairs.

A few other suggestions for the Commission:

All of that is a heavy lift, but a necessary one for the Commission to be effective and impactful — and to keep Oakland diverse, cultural, and creative.