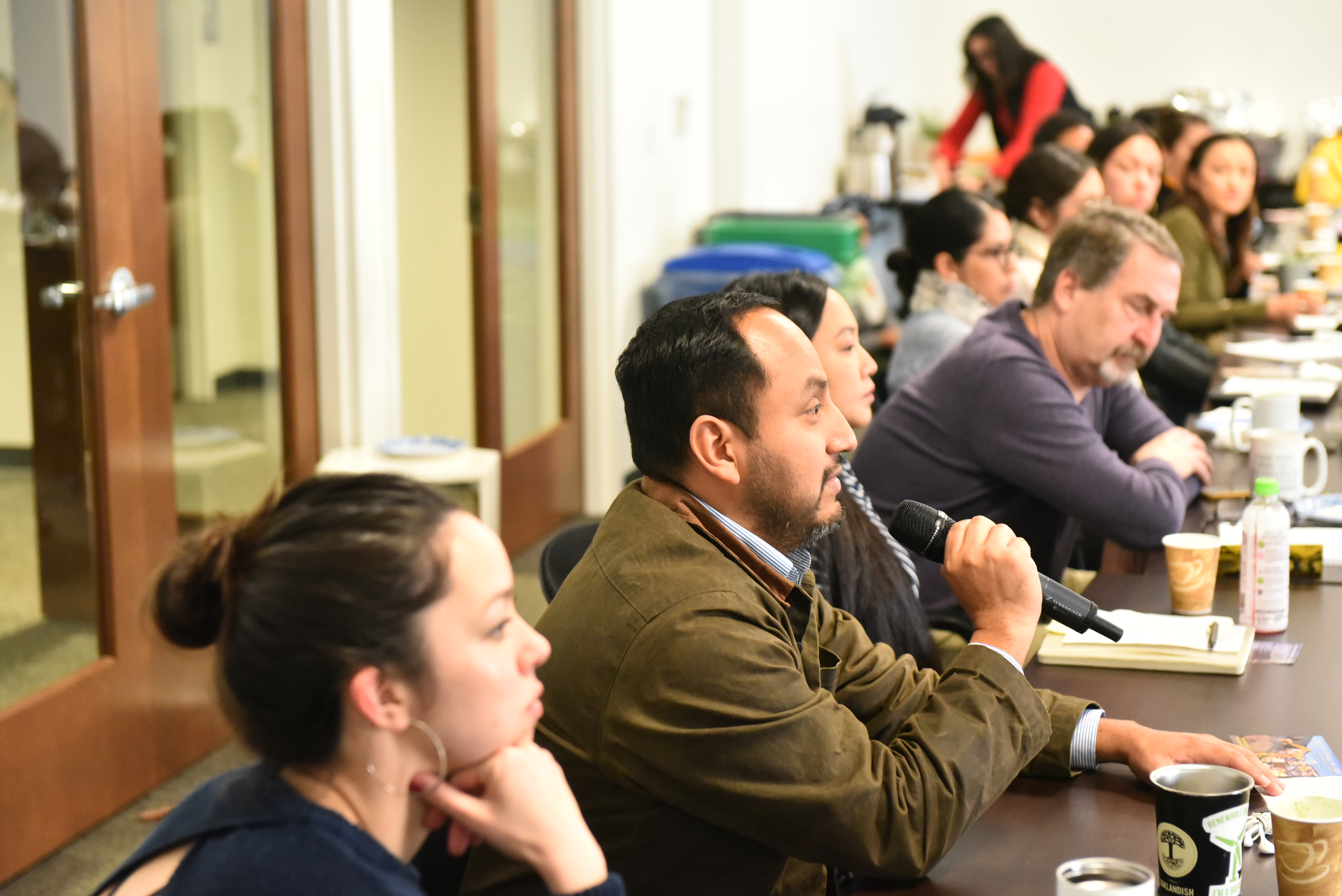 Pandemics have a way of impacting the best-laid plans (of mice and men). What happens to artists who do public-facing works, when  there’s an emergency order to shelter in place? What happens to projects?

Read on and find out.

Earlier this year, the Community Rejuvenation Project announced a collaboration with The Greenlining Institute to paint a large-scale mural on GLI’s headquarters, the “360 building.”

The project had literally been years in the making. The planned mural was the culmination of a process which began in early 2016, when CRP was part of a coalition of community activists who successfully negotiated a community benefits agreement with a downtown developer. As part of the agreement, CRP received funding to  address the obscuring of the beloved “Universal Language” mural at Alice and 14th Sts. — a mural so iconic, images from it were used to symbolize equity, culture, and diversity in official City documents like the Cultural Plan and the Downtown Specific Plan Preliminary Draft, as well as the Department of Race & Equity’s landing page. That’s in addition to media write-ups in the East Bay Express, East Bay Times, and KQED Arts, and being featured in videos by local rappers Ras Ceylon and Jahi.

After securing additional funding for extensive community outreach from funders Creative Work Fund and the California Arts Council, CRP announced an ambitious slate of public events and activities, beginning in February. These included a panel discussion on the state of public art, and three community input sessions to inform stakeholders about the project and gather feedback, before beginning the design process.

These events all went well, and seemed to build momentum for the next phase: mural design and feedback sessions. An early version of the design was presented on March 11 at the Malonga Casquelourd Center for the Arts, attended by Malonga resident artists and tenants, community members, and some of the assistant artists for the project. There was a lively and robust discussion, as community folks opined about what worked — and what didn’t.

Then on March 17, California Governor Gavin Newsom issued the shelter-in-place order that mandated that all non-essential activities immediately cease until further notice. The immediate impact of this decision for CRP was that planned public activities for April — additional mural design sessions — had to be moved online.

This presented a bit of a logistical challenge, but nothing insurmountable. Like many others in the same position, CRP had to quickly familiarize itself with the tools and functionality of Zoom meetings, and to set up a process which would allow for dialogue and input. Each of these meetings helped lead artist Desi Mundo to refine the design by addressing prior feedback. After the third meeting, Mundo felt like he was “95% of the way” to finalizing the design; only a few minor tweaks remained.

The larger issue, however, was that as long as the shelter-in-place order remained active,  painting a mural outside was a no-no. (While there has been a proliferation of tagging and some minor murals painted by street artists since the pandemic hit, the CRP/GLI project wouldn’t easily fly under the radar, since the building is eight stories tall and can’t be painted in a single day or even two days.)

This was unfortunate, as Mundo had hoped to use the COVID-19 restrictions to get a jump start on the painting process and not have to coordinate logistics with the owner of the parking lot adjacent to the mural site. Mural artists generally wear masks while painting anyway; so social distancing would not have been a problem, and there would be less distractions, if any, due to the dearth of foot traffic — which could result in more focus and concentration on production.

With the latest news–that the sheltering order has been extended until the end of May, at the least, the timeline for the mural remains uncertain. As California and Oakland cautiously come back online — Newsom has announced a four-stage process — the hope is that restrictions will relax enough for the mural production to be greenlit. Despite CRP having (most) of its ducks in a row and having mostly completed its community engagement strategy, public art — like so many other things in the present moment — has become a waiting game.