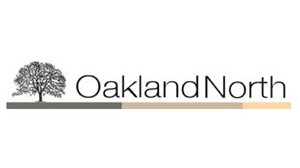 Desi W.O.M.E, the founder of the Community Rejuvenation Project, says he wants to “transform the San Pablo corridor” by engaging the local community with a series of murals focused on sustainable practices. 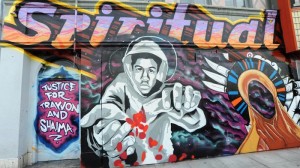 Blight Reduction in Oakland: Holistic Approach Should Include Community-Based Solutions

Blight is a major problem in urban environments like Oakland. 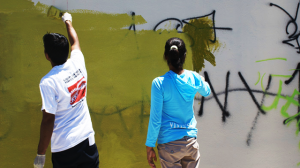 CRP is a pavement-to-policy organization which focuses on creative solutions to urban blight.
Learn About Us 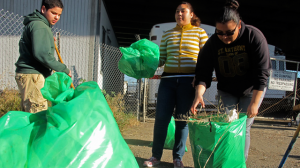 CRP’s commitment to the community includes graffiti tag abatement and removal of trash and debris from every mural location, as well as the planting of medicinal plants and native species.
Learn about our Community Clean-Up Program 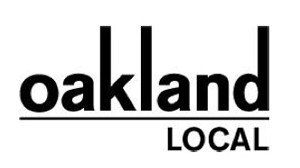 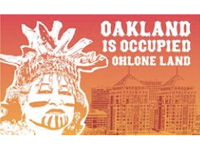 The message of Decolonization meets the people. 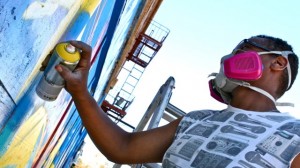 Over the past weekend, Community Rejuvenation Project was blessed to collaborate again with Lavie Raven, a master aerosol writer from Chicago. One of the fastest and most efficient writers that we’ve encountered. Raven is also an innovator in the world of Hip-Hop Education. A Co-Founder and Director of the University of Hip-Hop, Raven has been teaching youth the techniques of aerosol painting for 20 years. CRP founder, Desi W.O.M.E, was one of his students beginning in 1993. The University… 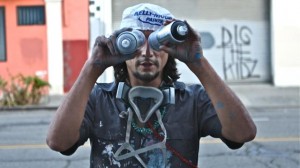 In solidarity with the Oakland General Strike and the Liberate Oakland Movement, the Community Rejuvenation Project is proud to present our latest mural, “Sprouted Prayers: Underground Resistance.” The project reflects the prayers of our ancestors manifesting in our placement in the struggle today. 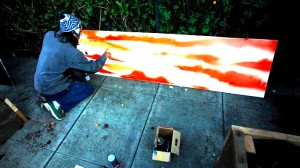 As part of an ongoing partnership between People’s Grocery and the Community Rejuvenation Project, CRP artists Mike Threesixty and Desi W.O.M.E were commissioned to create four new portraits at the People’s Garden at California Hotel, as part of their MLK Day of Service.